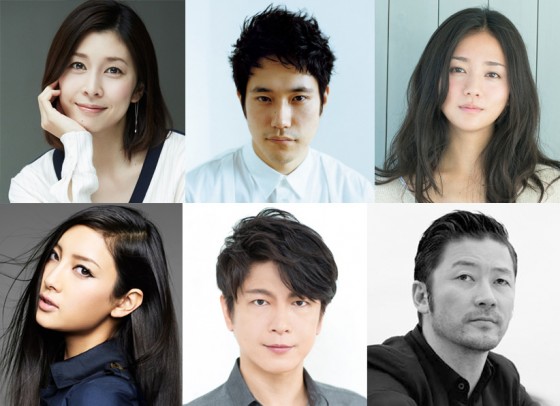 Get ready for the return of the King of Jdramas! Kimura Takuya leads TBS’ next Sunday golden drama timeslot with “A LIFE ~ Itoshiki Hito” (A LIFE ~ Beloved). He reunites with Takeuchi Yuko, heroine for his popular drama “Pride”, after 13 years,. Also joining him are Asano Tadanobu, Matsuyama Kenichi, Kimura Fumino, Nanao, Emoto Akira, Tanaka Min, Kobayashi Takashi, and Oikawa Mitsuhiro. With a huge cast, this is undoubtedly going to be the biggest drama to watch out for, next season. This is Kimura’s first drama two years since TV Asahi’s “I’m Home” in 2015. This is also his first drama after SMAP disbands on December 31.

Kimura has challenged numerous roles in numerous dramas, such as hairdresser, pilot, ice hockey player, and even a Prime Minister. He plays his 20th occupation as a skilled surgeon with this new drama. Original story is written by Hashibe Atsuko. The drama will start airing January 2017, Sundays, 9pm.

When Okita Kazuaki (Kimura Takuya) was starting out as a doctor, he was forced to resign from the hospital. He left his girlfriend Danjo Mifuyu (Takeuchi Yuko) behind and went to the US alone. 10 years go by and he comes back as a surgeon with outstanding skills to save his former teacher (Emoto Akira) from illness. His teacher is none other than his ex-girlfriend’s father. In the time that Okita was away, Mifuyu had married his own good friend Masao (Asano Tadanobu), who is now the deputy director and the heir of the hospital. To make matters worse, this friend was the one who plotted to drive him out form the hospital 10 years ago. Okita has to face all sorts of ordeals to save his teacher. But he never gives up amid the swirl of love, desire, friendship, jealousy and pride. Okita may be awkward but deals with patients with all his heart. His way of life gets the people working at the hospital to start asking themselves what real healthcare is.