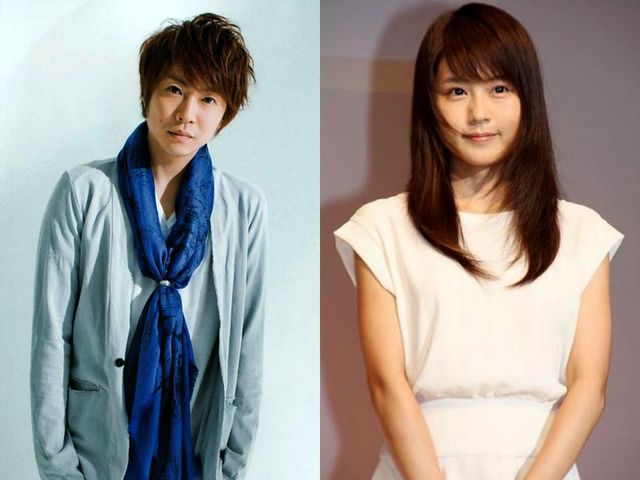 This year’s edition of NHK’s annual New Year’s Eve music special, Kohaku Uta Gassen, airs from 5:15 PM JST – 11:45 PM JST. The theme of this year’s show is “Yume wo Utaou” (“Let’s sing a dream”). Today, the television channel revealed who will be moderating the two teams that compete against each other on the show. The Red Team (the women’s team) will be lead by Arimura Kasumi, while the White Team (the men’s team) will be by Arashi’s Aiba Masaki.

Masaki held the same position with the rest of his groupmates from 2010 – 2014. He was initially worried about taking on such a duty by himself, but then accepted the challenge. He promised to do his best in his new role.

Kasumi couldn’t believe the opportunity when she was first approached with it. She humbly accepted the offer and looks forward to serving as moderator.

More information on the show, including the performers, while be announced at a later date.