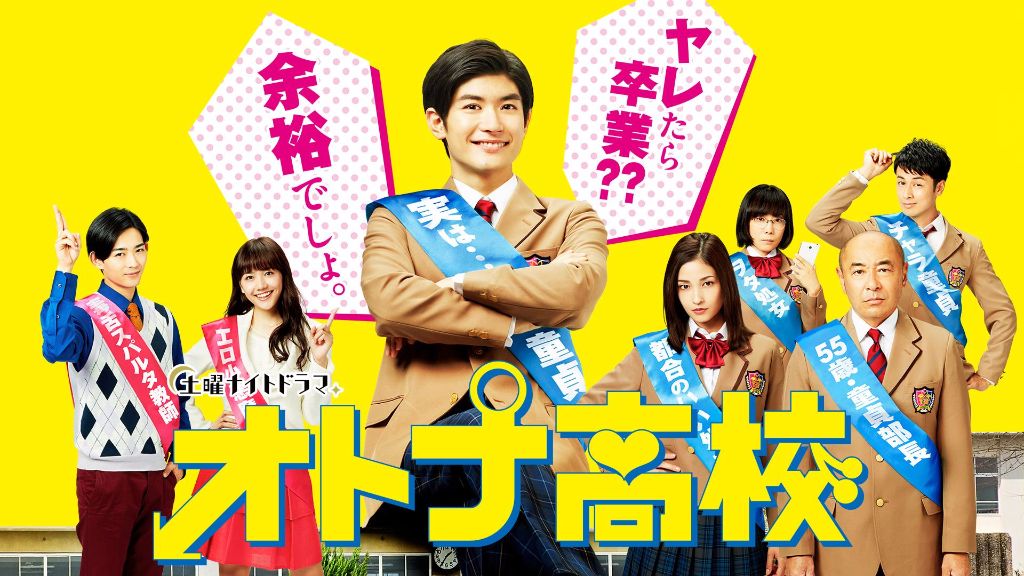 TV Asahi’s hit drama series Otona Koukou will be getting it’s own special spin-off SP to air exclusively on AmebaTV.  Titled “Enjou no Merry Christmas” , the entire main cast of Haruma Miura, Meisa Kuroki, Airi Matsui, Katsumi Takahashi, Maho Yamada, and Jutta Yuuki will all be reprising their roles for the SP.

The original series followed Eito Arakawa, played by Haruma. After graduating from a prestigious university he obtained a high postilion at a bank. He does his job very well, but at 30 years old he is single and still a virgin. Arakawa is forced by the government to join Otona Koukou, an “adult highschool” where inexperienced adults 30 years old or over are sent to learn about the birds and the bees. This is all in an attempt to combat Japan’s low birthrate.

Otona Koukou’s SP takes place on December 23rd, the day before Christmas Eve. Sakura Himetani (Airi Matsui) has been abducted by an “international terrorist”, and it’s suspected that the abductor wants access to the highly classified information related to the school. Arakawa believes that if he’s able to successfully rescue Himetani, then not only would he become a national hero but he would then be able to form a relationship with Himetani and successfully graduate from Otona Koukou. He gathers some his friends from school to help with the rescue mission.

Suddenly, he receives a message on a dating app from a very attractive girl called Ayano (Riria Koijima) who wants to set up a meeting. This causes Arakawa to become distracted from the already stressful rescue mission.