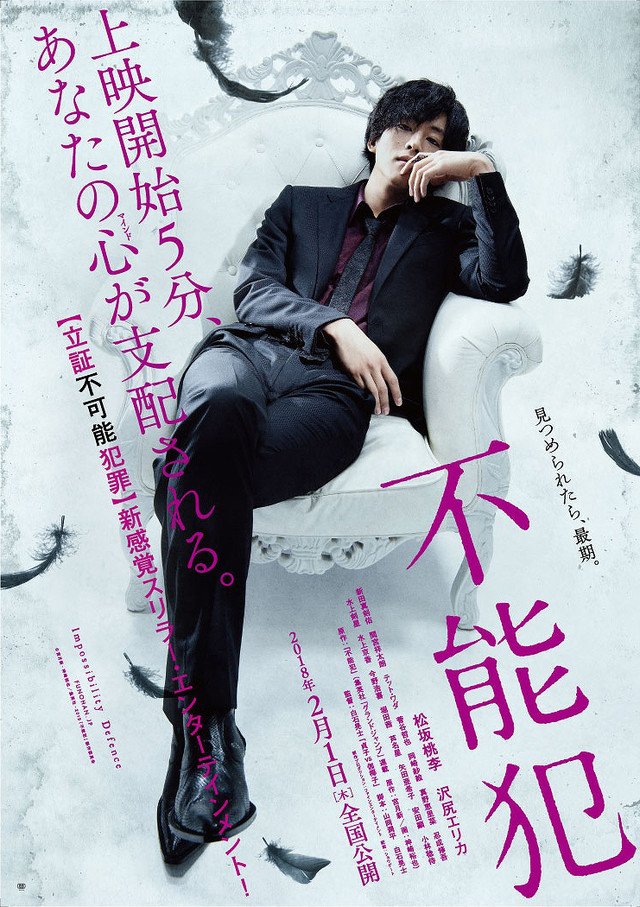 It has been revealed that that upcoming film “Funohan“, starring Tori Matsuzaka and Erika Sawajiri, will be released February 1, 2018.

Based on the manga series “Funohan” written by Arata Miyatsuki and illustrated by Yuya Kanzaki , the story follows Tadashi Usobuki (Tori Matsuzaka), a mysterious contract killer—the man in the black suit—who carries out his work using methods such as the power of suggestion, which makes his killings nearly impossible to trace.

Originally male in the source material and made a “boyish woman” for the adaptation, Sawajiri’s character Tomoki Tada is an investigator who attempts to track down the mysterious man in black.

Along with the release date, distributor Showgate has also released a visual (pictured above) and a 30-second trailer to their YouTube Channel.

The cast also includes Mackenyu Arata—who is said to have changed his stage name inspired by the manga’s author, Shotaro Mamiya, and former idol Erina Mano, and others.