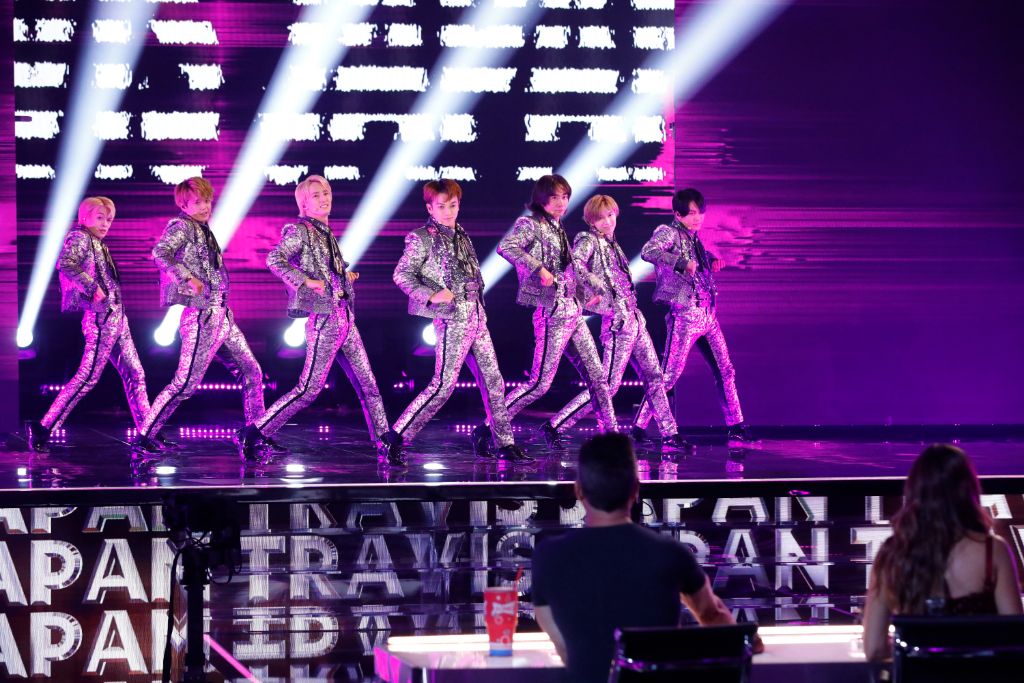 In July, Travis Japan made their American television debut on “America’s Got Talent.” The following month, it was announced that they were chosen to go to the show’s next round, the semifinals.

Earlier tonight, Travis Japan performed on the show’s live semifinals. Before they hit the stage, each of the members gave an introduction to themselves and the group in an English-language introduction videos.

Travis Japan performed an original song, “Party Up Like Crazy.” During the beginning of the performance, it appeared that the group had some microphone trouble, causing judge Howie Mandel to give them an X early into the performance.

The judges’ critiques weren’t as nice as the last round. Howie, who was not on the show during the group’s first performance, was the harshest, calling out the group’s vocals and rapping. He called the group a “parody”, a “Saturday Night Live sketch”, and “if Liza Minnelli went to Japan and put together a boyband, this is what I think it would look like.”

Simon Cowell also called out the vocals and the song, but said that he loved the group, their personalities, and their choreography.

Heidi Klum and Sofia Vergara also called out the vocals, but did also call out some positives.

Watch the introduction, performance, and judges’ critiques below! Also there are instructions on how to vote to get Travis Japan to the next round below! Voting closes at 7 AM EST on September 7!

Find instructions on how to vote for Travis Japan here!