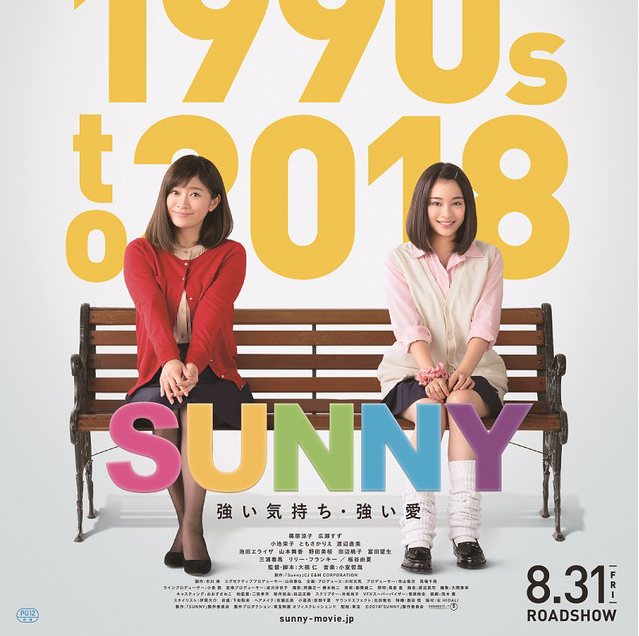 A trailer for the upcoming film “Sunny: Tsuyoi Kimochi Tsuyoi Ai” has been released! The film is a Japanese remake of the 2011 South Korean film “Sunny”.

Ryoko Shinohara leads the show as “Nami”, a 40-year-old housewife. One day she meets up with her close high school friend Serika (Yoko Maki) for the first time in ages. Unfortunately, the meeting takes a somber turn as Serika reveals she has been diagnosed with terminal cancer.

Serika confides with Nami that she wants to reunite with all of their close high school friends one more time before she dies. During high school the girls dubbed their friend group the “Sunny” club. Nami attempts to round up all the members for one more reunion.

Suzu Hirose will be playing the high school version of Nami.

The soundtrack for “Sunny: Tsuyoi Kimochi Tsuyoi Ai” has already been getting a lot of hype for it’s selection of classic 90s songs.

Some of the songs that will appear in the film include:

The original South Korean “Sunny” was one of the biggest domestic hits of 2011. It went on to win many awards including Most Popular Actress (Kang So-ra) at the BaekSang art awards and Best Director + Editing at the Daejong Film Awards.