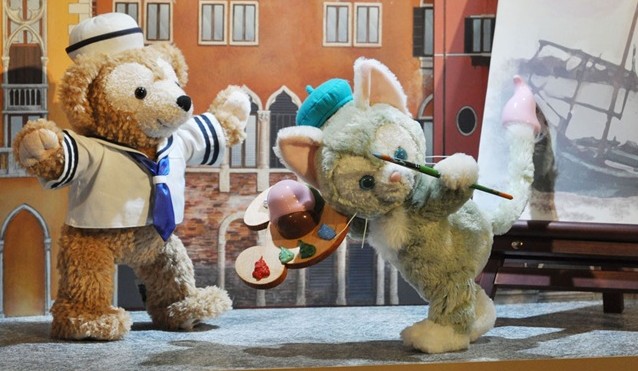 The Oriental Land, operators of Tokyo DisneySea, made an announcement following strange murals popping up through the park that they would be adding a new cat character to their cast! According to the company, Gelatoni is a boy cat with a long tail and emerald green eyes. His interests include drawing and painting and if you look carefully, his tail is actually a paintbrush!

Gelatoni accompanies Duffy the Disney Bear, a character found throughout the various international Disney parks but is arguably most visible at Tokyo DisneySea, replacing shows of more famous characters like Donald Duck and Mickey. It’s said that Duffy met Gelatoni when he walked into him and dropped his gelato. Gelatoni thinks quickly and uses the gelato in the painting he was working on and the two quickly became good friends.

Sanspo talked to Tomita Mari (20) of Saitama Prefecture who attended the introductory event with a friend. The park-goers were extremely excited saying, “I want to go out on a journey together with the new stuffed toy!”

The Japanese Disney parks are the only in the world not owned by the Walt Disney Company and instead licenses Disney characters and themes to use in their parks. It is the fourth most-visited theme park in the world.

Plans to introduce the Gelatoni to the park have yet to be decided but merchandise sales will begin July 4th. 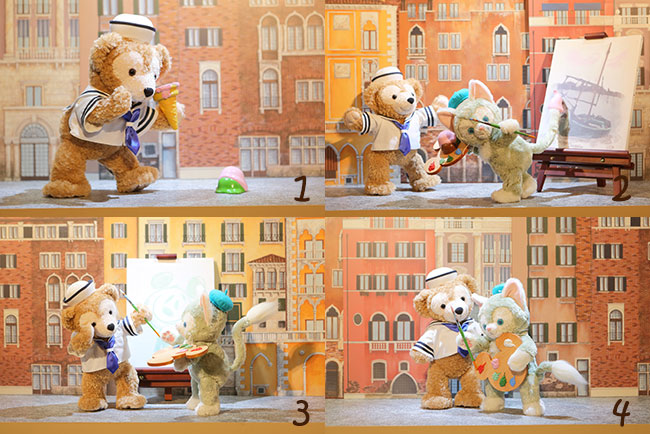