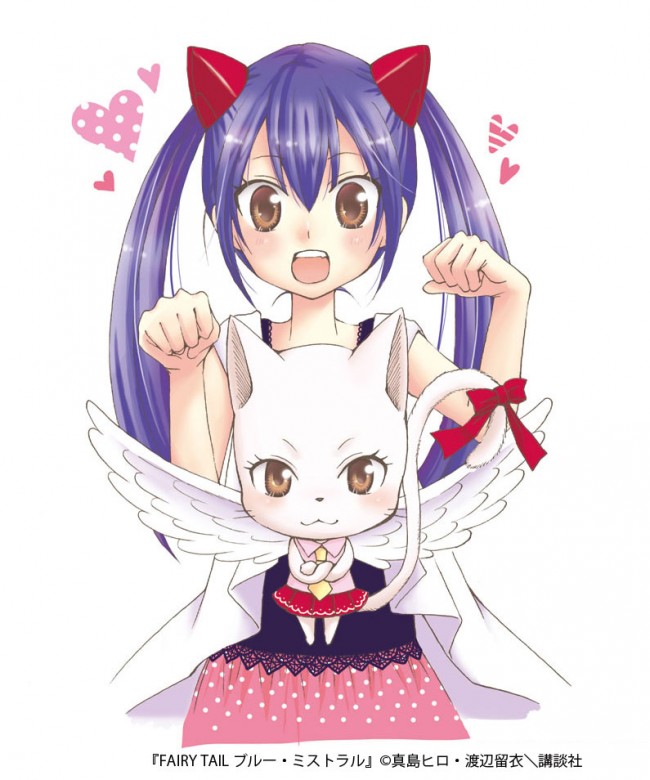 Oricon has recently reported that FAIRY TAIL, a shounen manga by Mashima Hiro, will have a new spin-off series starting from August 2nd. The title will be “FAIRY TAIL Blue Mistral“. It’s planned to be published weekly in shoujo comic magazine Nakayoshi. It will be produced by a new artist named Watanabe Rui.

Wendy Marvell and Charles are the main characters. The new series begins from the point that the duo joined the Fairy Tail guild. Wendy, and her companion Charles, will go resolve a request that involves mysterious phenomenons. This spin-off is, of course, sweeter and more girly than the original series. There are plans to write in love stories fitting the change of genre.

Fans of FAIRY TAIL or shoujo manga, are you looking forward to this spin-off?