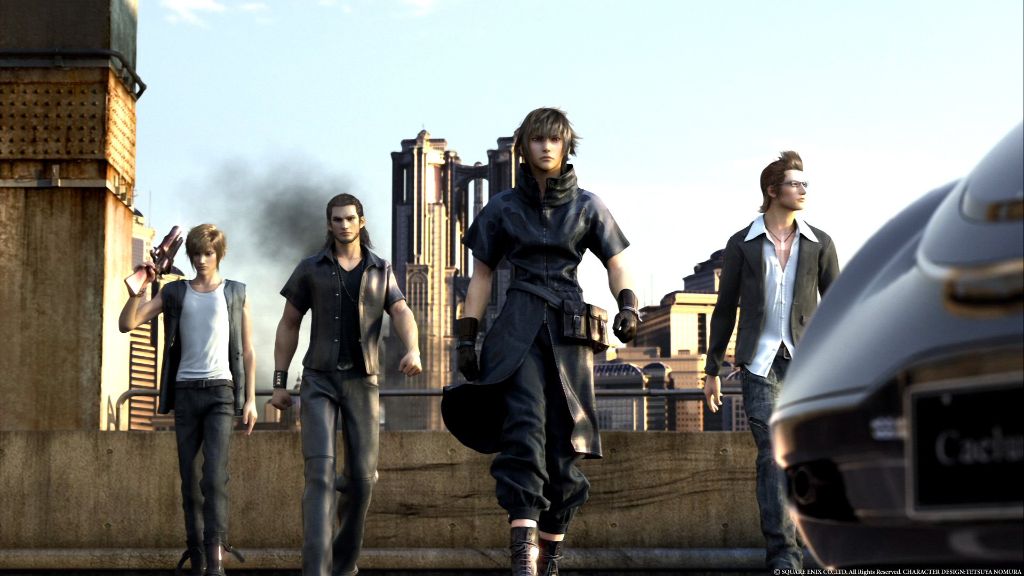 You might not think Final Fantasy XV still exists, but Square swears it does. They even brought proof to this week’s Tokyo Game Show, including a new trailer featuring gameplay, cool cars, and pretty boys. Check it out, along with more info below

Along with the fancy new trailer that promises to deliver an even better experience in the actual game, and ends on a note of apology, bordering emotional manipulation, Square Enix has announced that Final Fantasy XV has a new director. Instead of Zipper and Buckle expert Tetsuya Nomura, Final Fantasy XV will be directed by Hajime Tabata, who previously directed Final Fantasy Type-0 and Final Fantasy Type-0 HD. Square Enix says that the move “allows Tetsuya Nomura to focus his full efforts as the director of other highly anticipated titles, including Kingdom Hearts III” implying that he wasn’t actually fired over the now 8 year development cycle of this game. They continue in an official statement:

In reviewing our development structure, we have decided to assign Hajime Tabata as the new director for Final Fantasy XV. Currently, Tabata and the entire development team are working, whole-heartedly, towards completing the production of Final Fantasy XV and ensuring the delivery of the highest quality Final Fantasy title to date. We invite every one of our fans to view the fruits of our labor through Final Fantasy XV’s demo, and promise to present a game that further surpasses expectations when the finished product is released.

As the director of Final Fantasy XV, Tetsuya Nomura has mainly worked on the original concept for the story and universe in addition to creating the characters. Hereafter, he will be focusing his efforts on the production of titles that can only be made possible by Nomura, himself, and delivering products that exceed the quality of past titles, starting with another one of his representative projects, Kingdom Hearts III. Square Enix will continue to work on these titles with the best staff formation in an effort to deliver them to everyone as soon as possible and appreciates your continued support.

In more good Final Fantasy news, a demo of XV will be included in the release of Final Fantasy Type-0 HD on both the PS4 and the Xbox One. The demo supposedly “includes elements from the opening sections of the full game, but alters story progression and more to create a unique first-play experience.”