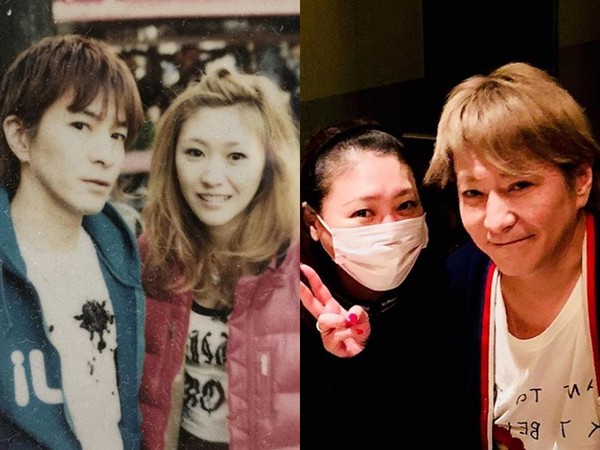 It’s been a rough couple years for the iconic, but disgraced, musician Tetsuya Komuro. Notorious tabloid “Weekly Bunshun” has dug into the divorce proceeding for TK and soon-to-be former wife KEIKO. In the 90s and early 00s the two enjoyed tremendous success as members of the group globe.

The divorce proceedings have been extremely long, and is currently in “mediation” status”. Basically what that means is that a neutral third party is supposed to assist the two disputing parties so they can both come to a mutual agreement.

They have allegedly attempted to come to an agreement 5 times, but all of the mediations have not ended well. Back in 2011 KEIKO suffered from a subarachnoid hemorrhage, which is a serious stroke caused by bleeding in the brain area.

Ever since her medical scare KEIKO has been in very poor health, and has continued to stay out of the spotlight while rehabilitating. In January 2018 Weekly Bunshun exposed that TK was cheating on KEIKO with a female nurse, who was referred to as “Ako-san” by tabloids. In a very high profile press conference, TK begged for forgiveness while also shockingly announcing his retirement.

Despite retiring, TK would resume activities 3 months later. KEIKO is currently living with her parents in the Oita Prefecture, and is receiving 0 financial support from him. She’s asking for a very modest ¥ 80,000 yen per month to cover living expenses, that equals to around $750 USD.

TK claims that he cannot provide the money because he is in severe debt. In 2008 TK was arrested for fraud, and was said to have a debt of 1 billion yen. globe’s comeback single was canceled, along with all of his production works. Eventually avex’s head honcho Max Matsuura took pity on him, granting TK a new contract and having him produce music for various avex acts again including Ayumi Hamasaki and AAA.

While TK claims to be broke, he’s currently living in a luxury apartment that has a monthly rent of 1 million yen, and has a personal chauffeur for his Merecedes Benz.

TK married KEIKO back in 2003, after two very publicized relationships with his produced acts. From 1995-1998 he was involved with Tomomi Kahala, who he allegedly introduced to the “party” lifestyle. He dumped her while she was suffering from substance abuse. In 2001 TK married dos member asami (Asami Yoshida). They had one child together, but divorced shortly after in 2002. He had to pay an extremely large amount of alimony to asami.