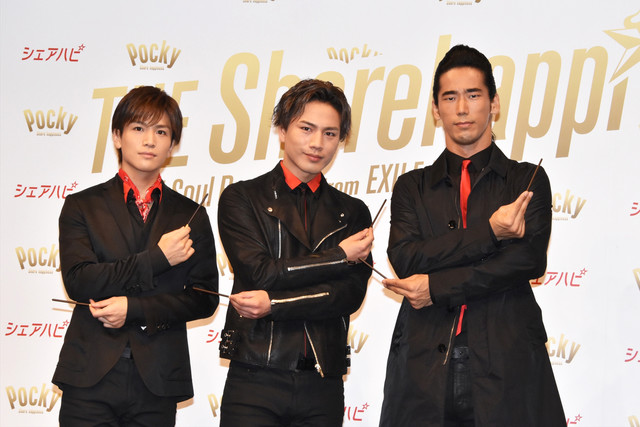 This year, beloved snack food Pocky is celebrating its 50th anniversary. To help kick off the celebration, Ezaki Glico, Pocky’s makers, have drafted 3 members of Sandaime J Soul Brothers to star in a new ad campaign. Group members Takanori, Hiroomi, and Naoki will star in the new campaign, titled “THE Sharehappi.”

In other Sandaime J Soul Brothers news, the group recently released the covers and tracklist for their new single, “Unfair World.” Check out more info on the single after the jump along with the “Sharehappi Debut” commercial!