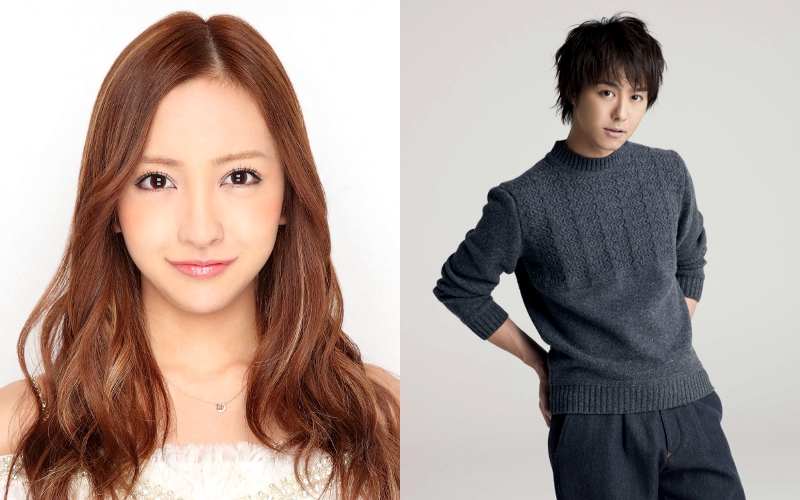 Today, actress and singer Tomomi Itano released her new photo book “Luv U” in celebration of her 10th anniversary.

Speaking of Itano, her alleged breakup with EXILE TAKAHIRO has become quite a topic.

“The reason for their breakup is that TAKAHIRO fell in love with actress Emi Takei. The two of them co-acted in last year’s “Senryokugai Sousakan” (NTV) and became intimate. Nowadays, TAKAHIRO visits her apartment on a regular basis.” (Agency staff)

Itano and TAKAHIRO were rumored to be very close to getting married but it seems that their relationship ended abruptly because of one actress.

“Takei has already introduced TAKAHIRO to her parents. They even had a Nabe party together and her parents have accepted him as her lover.” (Agency staff)

It seems like this was quite a shock for Itano.

“At this year’s ‘Proposal Words 2015’ which was held in May, proposals collected from the whole country were read aloud. Itano, who attended the event, looked depressed from beginning to end. When Itano was asked about her dream proposal, she replied coldly ‘Well, anything is fine’. At that time, news of TAKAHIRO’s and Takei’s passionate love had just surfaced.” (Sports news reporter)

Itano, overflowing with unhappy feelings is said to be keen on finding a new lover recently.

“She has devoted herself to matchmaking parties entirely. She’s also pleading her surroundings to “make a celebrity matchmaking party (for me)!!” and complaining that “I want a boyfriend!”

What do you think about this behavior? Tell us in the comment section below!