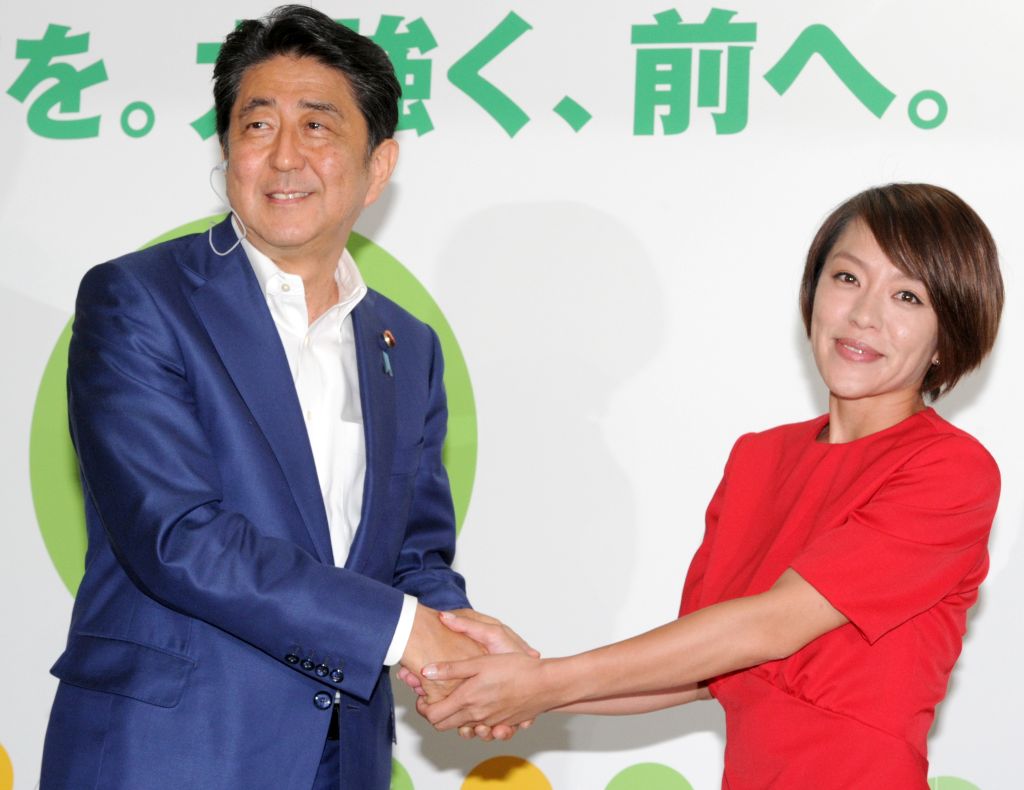 A few months ago, it was reported that SPEED’s Imai Eriko was entering politics by running for a seat in the National Diet’s House of Councillors. On Sunday, she won! She ran in the election as a proportional-representation candidate of the Liberal Democratic Party (she’s pictured above with the party’s leader / current prime minister Shinzo Abe, who was re-elected Sunday).

Eriko decided to run for the Upper House based on her experience raising a son with a hearing disability. “I would like to work on issues related to the welfare of children, such as child poverty,” she told supporters at her campaign office in Tokyo.

A native of Okinawa Prefecture, Eriko avoided taking a position on the planned relocation of the Futenma US military base within the prefecture, a key local issue. When she announced her candidacy earlier this year, she originally said, “Reducing Okinawa’s base burdens is a common wish. I will make serious efforts on the issue while listening to the voices of Okinawa residents.”

Eriko says that she will continue her music career while serving as a lawmaker.

Eriko and her son after her win