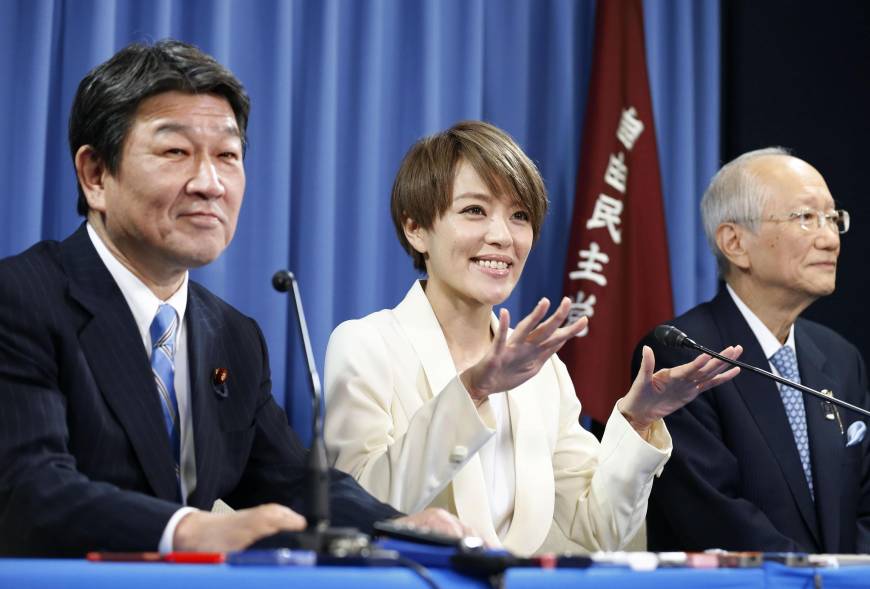 On Tuesday, Imai Eriko of SPEED held a press conference announcing her plans to run in this summer’s election for the National Diet’s House of Councillors. She will run as a proportional-representation candidate of the ruling Liberal Democratic Party.

Eriko said that her experience raising a son, who is 11 years old, with a hearing disability is a reason for her decision. At the news conference, which was held at LDP headquarters in Tokyo, she said, using sign language, “I want to create a society in which disabled children can have hopes that are brighter than now.”

On the sticky issue of the planned relocation of the Futenma US military base within her (and SPEED’s) home prefecture of Okinawa, Eriko said, “Reducing Okinawa’s base burdens is a common wish. I will make serious efforts on the issue while listening to the voices of Okinawa residents.”

Chief Cabinet Secretary Suga Yoshihide hopes that Imai’s election will help the LDP and its policies. Noting that she is “influential among young people,” Suga said her “cooperation with the LDP will be a boost to realize a society with the dynamic engagement of all citizens.” The slogan is one that Prime Minister Shinzo Abe has recently espoused.

Eriko will continue with her music career after the election.