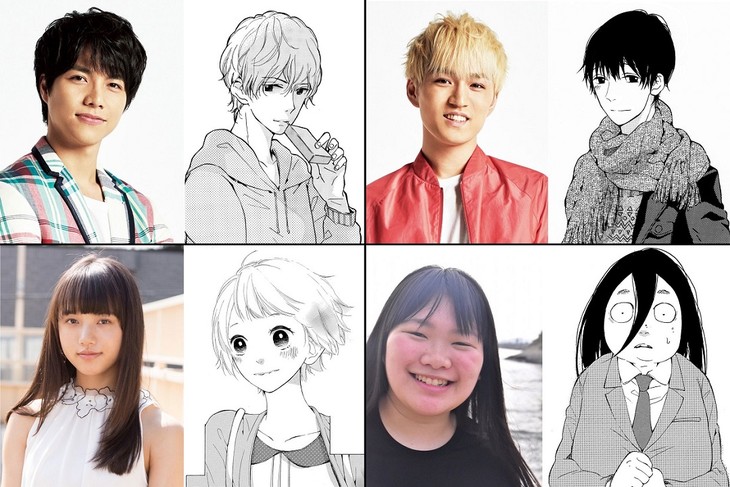 On Sunday it was announced that Shiki Kawabata‘s popular manga ‘Sora wo Kakeru Yodaka’ will be adapted into a Netflix original. The live-action adaptation will be double-led by Johnny’s West members Daiki Shigeoka and Tomohiro Kamiyama. Netflix will stream the six-episode drama later this year.

‘Sora wo Kakeru Yodaka’ tells the story of Ayumi Kohinata (played by Kaya Kiyohara; ‘Yurigokoro’, ‘Setoutsumi’), a high school student, who has just started going out with her first boyfriend. However, when her classmate Zenko (Miu Tomita; ‘Sunny: Tsuyoi Kimochi, Tsuyoi Ai’) jumps off a rooftop, Ayumi soon wakes up in the hospital – in Zenko’s body.

Shigeoka commented on his character, Shunpei Kaga: “He is the type of guy I wanted to be when I was in high school, so I intend to play him like I’m revisiting my youth”. Kamiyama, then again, considered something good to come out of the meeting of the fiery character of Shigeoka and his cool character.

For the boys, this isn’t the first outing as Netflix stars. At the end of last year, Netflix released ‘Blazing Transfer Students’, which also featured Johnny’s West members.

Kawabata’s manga ran in ‘Bessatsu Margaret’ magazine from 2014 to 2015. Shueisha has compiled it into three volumes.