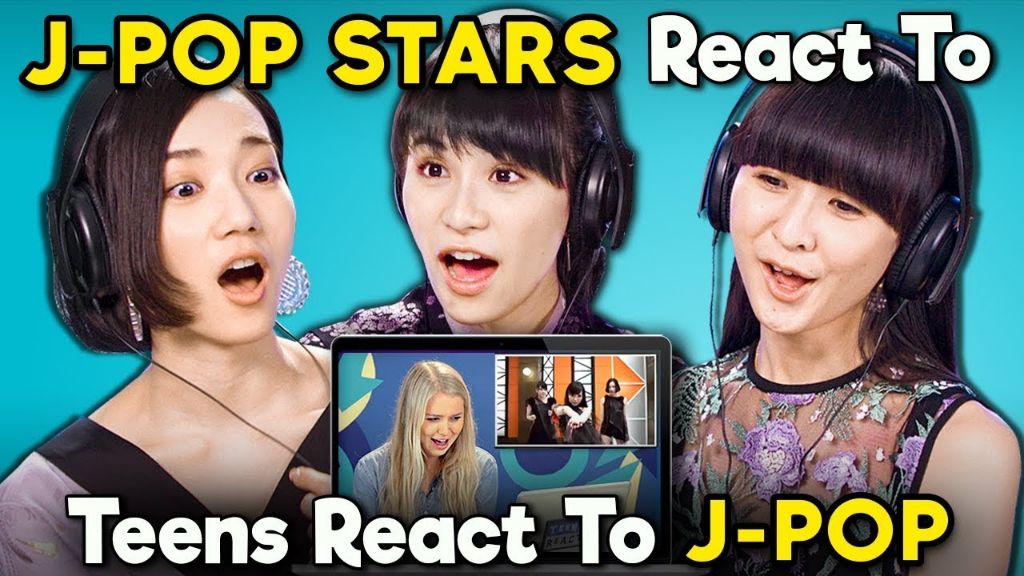 The video Perfume reacts to was uploaded January 11, 2015 and featured the music video for their 2011 single “Laser Beam“, as well as videos from EXILE and AKB48.

In the video, Perfume talk about the video and the events that lead up to the release of “Laser Beam“.

A-chan explains the video was shot after the catastrophic 2011 Tohoku earthquake and tsunami and they wanted to release something funny to cheer everyone up, in reference to the polar bear. When a teen reacted saying they didn’t understand the video, they agreed and explained that they didn’t even know what it meant at the time of filming as the director was just making it up as they went along.

While watching the video for EXILE’s 2014 single “New Horizon“, a teen commented on how many members EXILE have and all three Perfume members laughed saying how stages are always too small for them, and that Japanese people often react the same way.

Nocchi is quite expressive through the video and has an immediate reaction to AKB48’s “Heavy Rotation“. A-chan says watching the video brings back memories, and how she would cover her eyes while watching this video.

Check out the original video below:

While Perfume were honored to be chosen as one of three groups to be featured on the program, Kashiyuka commented that this is only a very small representation of the music Japan has to offer. She goes on to explain how they don’t consider themselves J-pop in Japan because they all try to show their individuality, and it’s only outside of Japan that they’re boxed into that label.

In recent years, Perfume has made many efforts to perform overseas and even appeared at American music festival Coachella last month to rave reviews.

“It’s unbelievable that we can actually do sold out shows in countries where we’ve never been to,” says A-chan.

When asked if they could break the U.S. market, they laugh: “We’re not sure.“