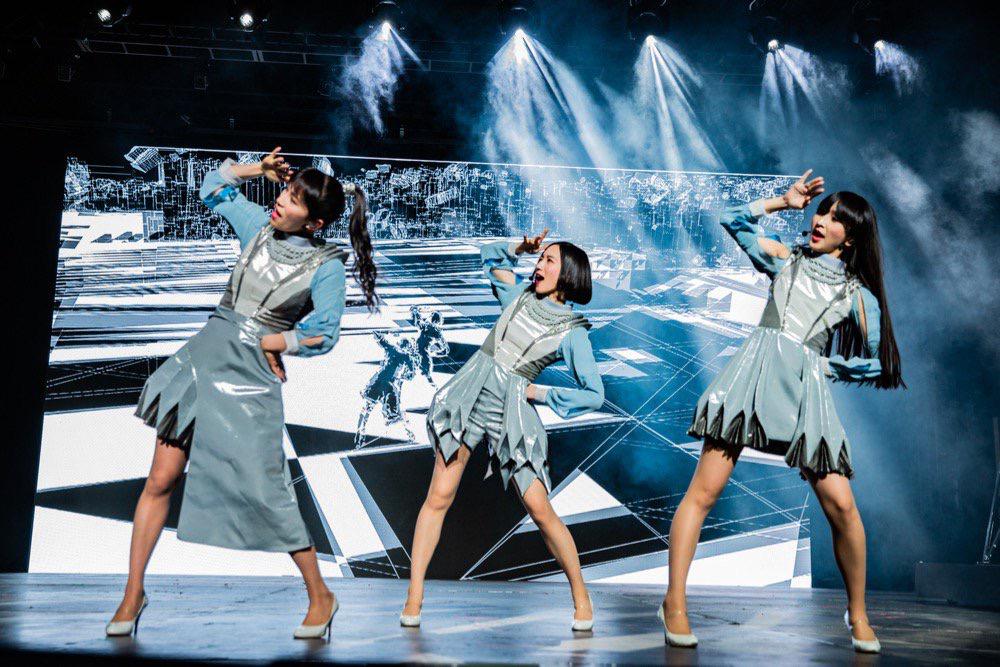 Their performance featured scaled back visuals and technology from their “FUTURE POP” World Tour, which closed its final dates this past week with performances in San Jose and Los Angeles.

Fit to the constraints of a music festival stage, Perfume used live 3D-scanned visuals and complex transparent screen arrangements to display advanced augmented reality segments for the stream, wowing the crowds and even reserving the group a spot on Rolling Stone’s top 16 Coachella performances last week.

The group’s cutting-edge live production consists mostly of the work of Rhizomatiks, an experimental art collective founded in 2006 by Daito Manabe.

The collective began working with Perfume in 2007 with the promotions for their “Polyrhythm” single and led to touring with the band, working closely with Perfume’s choreographer Mikiko Mizuno to create experiences that blend each element of their performance together seamlessly.

A post about Coachella is not complete without talking about fashion. Check out Perfume’s looks below:

What did you think of Perfume at Coachella?