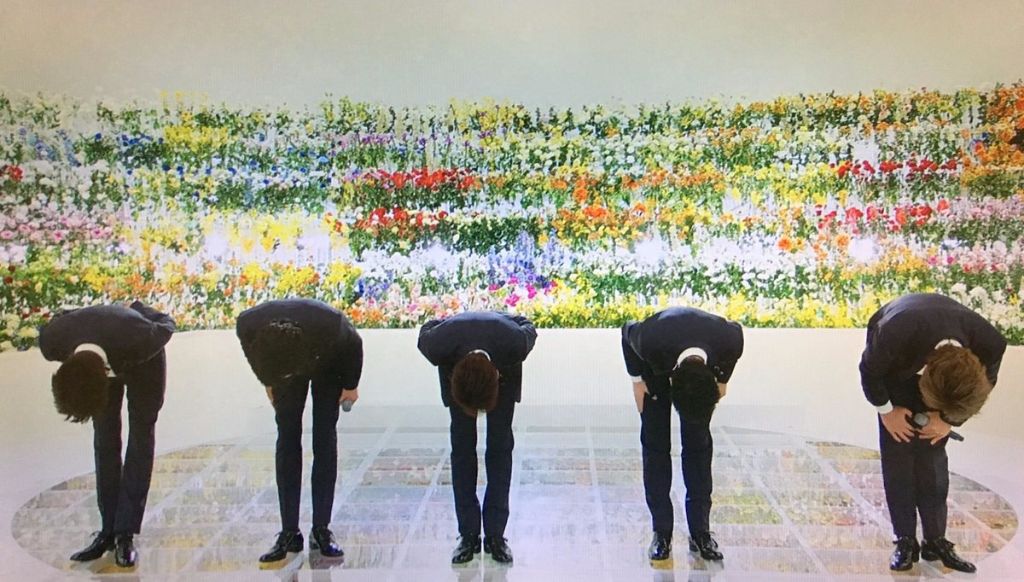 Legendary Johnny’s group SMAP has had their final performance as a group, performing one of their signature hits “Sekai ni Hitotsu Dake no Hana” on the last episode of their variety show SMAP X SMAP .

The disbandment of SMAP was confirmed 4 months ago after Johnny’s & Associates Inc sent a fax to the media. Since the performance aired SMAP has shot up to the very top of the twitter trends, there’s currently over 1.5 million tweets regarding the group/disbandment. Many of these tweets are from oversea fans truly showcasing the impact SMAP has had in the Japanese entertainment world.

The members of SMAP got their start in a group called “The Skate Boys”, who served as backup dancers for Hikaru Genji. In 1988 Johnny Kitagawa chose six of the boys to create a new group, SMAP. They held concerts and even had their own variety show before releasing their debut single “Can’t Stop -Loving-” in 1991. For SMAP’s final performance “Sekai ni Hitotsu Dake no Hana” was the song choice. Released in 2003, it became one of their signature hits. As of 2016 it has sold over 2.9 million copies making it the fourth best selling single in Japan.

Watch the full performance below.

What are some of your memories of SMAP?