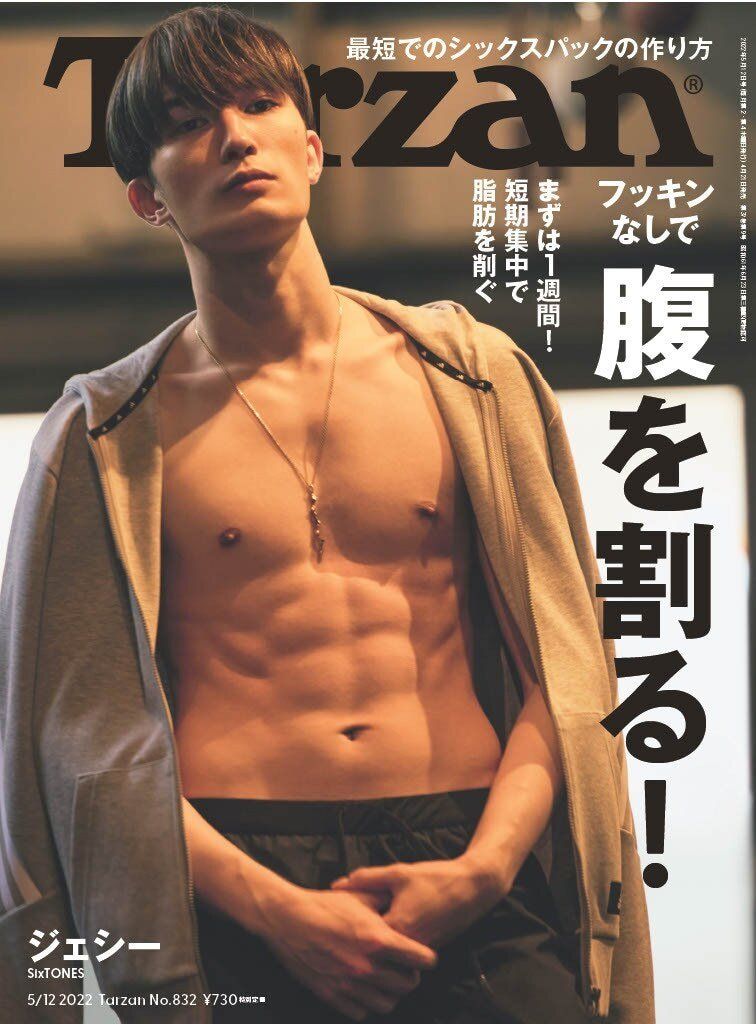 SixTONES member Jesse is the cover boy for the 832nd issue of the fitness magazine Tarzan, out April 21.

This month’s issue has a theme which translates as “Break Your Belly!” Jesse received the offer from Tarzan at the end of last year. He then undertook a new exercise and diet regimen, which saw him lose twelve kilograms in ten weeks. Jesse shows off the results of his hard work in the accompanying twelve page gravure shoot. Henremarked that over the ten weeks he took getting ready for the shoot, he was delighted to see his abs coming through gradually,

Check out Jesse’s full cover below!