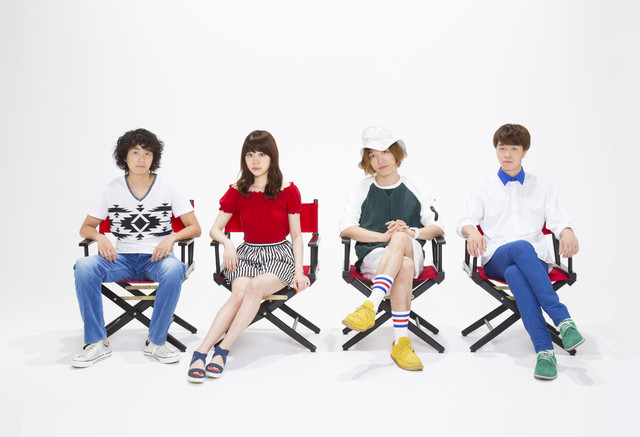 On October 26, Shiggy Jr. will release their debut album, “ALL ABOUT POP.” The album will come in a limited edition and a regular edition. The limited edition includes a DVD which features footage from a show that Shiggy Jr. held at Tokyo’s Ebisu LIQUIDROOM, as well as a documentary about the band. The covers for both editions of the album feature illustrations by manga artist Eguchi Hisashi, who has worked with the band on other covers before.

To coincide with the album’s release, Shiggy Jr. has released a music video for the new version of their 2014 song “LISTEN TO THE MUSIC.” The video is a collaboration with designer and model Yasuda Chihiro, who has been a fan of the band since their indie days. Frontwoman Ikeda Tomoko is a fan of Chihiro’s as well so the respect was mutual. Check it out below, along with more information on the new album!