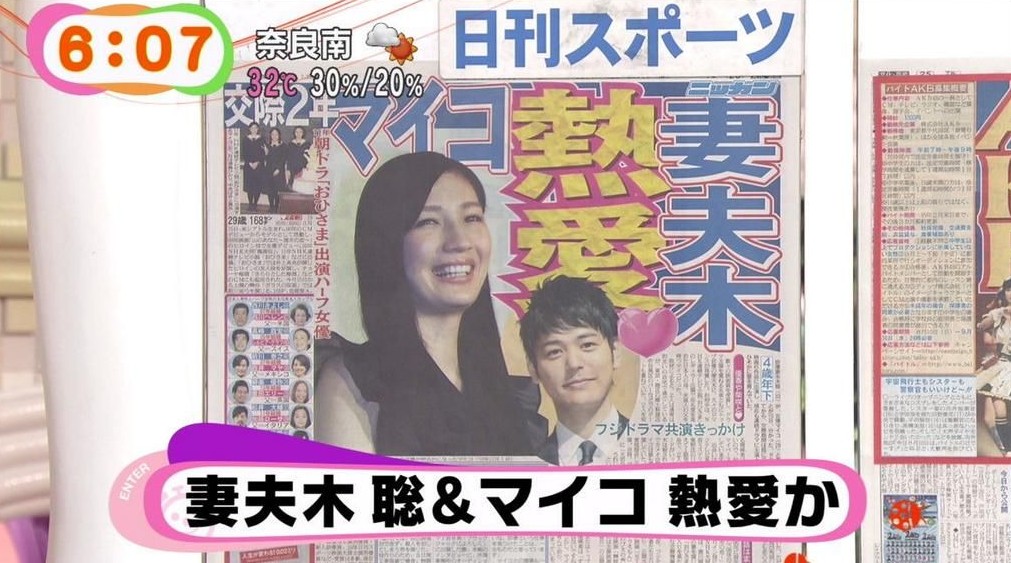 It has been reported Satoshi Tsumabuki (33) and actress Maiko (29) have been in a serious relationship for the past 2 years.

The two met as costars in episode 6 of Fuji TV’s mystery drama ‘Higashino Keigo Mysteries’ broadcast in the summer of 2012. They immediately hit it off and starting dating shortly after.

In the past two years, fans have reported the two meeting together at local bars in restaurants. Despite their demanding shooting schedules (Tsumabuki is starring in 6 films and a drama this year alone), the couple was able to find time for each other.

Thanks Z for the tip!

Update: Negative press has caused Maiko to skip press event for film ‘Kuime’ to not ’cause inconvenience’ to the event. (via)