As you may remember, HMV shut down its flagship retail store in Shibuya, Tokyo in August 2010. The Shibuya outlet which opened in 1990 was the first HMV store in Japan. It had 4 floors and was the largest HMV retail outlet. The store was a local landmark and is credited with having helped popularize Shibuya-kei music. Plans to reopen a new Shibuya store, albeit a smaller one was made known since HMV was bought by convenience store chain Lawson in December 2010.

Last August 2, 2014, HMV finally opened its Shibuya outlet, this time specializing in vinyl and used CDs and skewed to a different demographic. 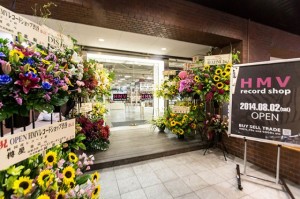 Stocking up to 80,000 titles, the store is recognizing the high potential for business in taking advantage of the secondhand records merchandise market. With the intense competition in online retailing (Yahoo!, Amazon) and against established physical retail stores (TSUTAYA), HMV decides choosing this ‘specialization’ will be for their advantage.

The store’s 80,000 titles consists of around 60% being vinyl and the rest mainly CDs. The focus is on releases from the ’60s to the late ’90s – something for everyone, in other words. On the first floor you’ll find rock and pop records, secondhand CDs, books and mags, accessories and music players, while the second floor is dedicated to genres like soul, reggae, hip hop, funk and jazz, while a small room (7-inch room) in the back even holds a small selection of cassette tapes. Most records on sale in the shop can be tried out on the freely usable laser turntable, allowing you to confirm the sound quality before buying. 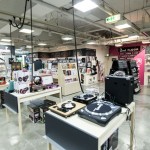 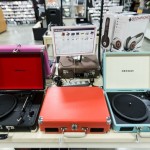 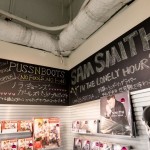 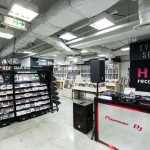 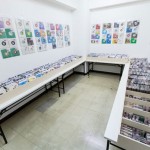 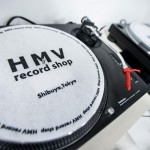 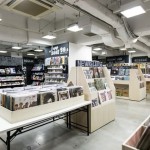