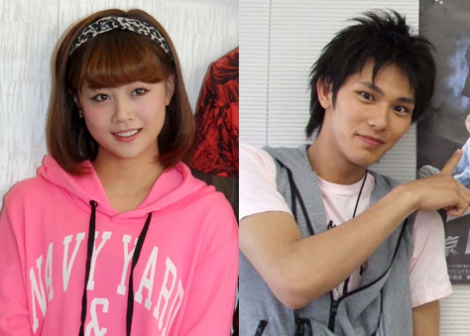 Wedding bells are ringing again! Former Morning Musume member Risa Niigaki will be marrying actor Yoshikazu Kotani in July. This announcement was made on Niigaki’s blog today. The two met in 2013 while acting in the play “Zettai Kareshi,” and have been dating for the past two years.

On her blog, she wrote:

“I, Risa Niigaki, will be marrying actor Yoshikazu Kotani this July. He has always been supporting me, and has become someone very special to me. We plan to build a household together filled with smiles. I will still continue my activities in being an actress, and would be very happy if everyone would support me!”

Niigaki is best known for being a member of Morning Musume since 2001. She was a fifth generation member, and served as the seventh generation leader from October 2011 to May 2012. Kotani is best known for being in TV Asahi’s “Kamen Rider Agito,” the musical adaptation of “The Prince of Tennis,” and the stage adaptation of “Legends of the Galatic Heroes.”

Congratulations to the happy couple from the Arama staff!!