The Tokyo-based idol group READY TO KISS, or ReadyKiss, will release a new single called ‘READY TO KISS‘ on September 13th. It comes out in staggering eight different versions: one version for each of the seven current members and a regular group edition.

The song will be featured in the NTV programme ‘Buzz&Rhythm’. It will also serve as the ending theme for TV Tokyo’s ‘Onryu’, a midnight music talk show where guests have a drink with the host while chatting.

‘READY TO KISS’ is the third single release from the group. The group was formed in 2013 by five former members of another idol group, Houkagu Princess. The only original member left is Sakino Chiba, who, at the age of 27, is also the oldest.

See below the music video for the new song and let us know what you think! 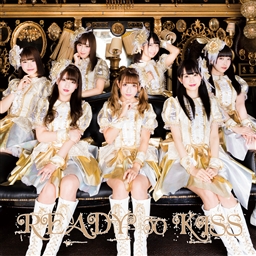 + off-vocal versions of all the songs