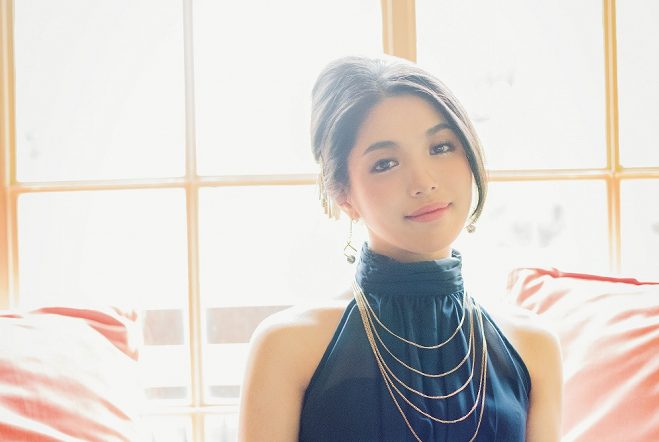 It was announced on Tuesday that shima-uta singer Minami Kizuki will perform the theme song for BS Japan’s new historical drama ‘Hikari to Kage‘. The yet unpublished song is called ‘Sayonara Yori Mo Tsutaekattakkoto’. The song draws inspiration from the drama’s themes of ”human life” and ”empathy”.

Kizuki has specialized in shima-uta, traditional folk songs from the Amami Islands. She reached fame through competing in various karaoke TV shows in the mid 2010s. The English-speaking world was introduced to her in 2014 by NHK World programme ‘J-Melo’ for which she provided an ending theme called ‘Inoriuta – Toutoganasi’. Her latest single, ‘Anata ni Aete Yokatta’, was released in July.

‘Hikari to Kage’ will start airing on October 3rd. The 12 episodes revolve around stories of varied strong-willed samurais and common people in Edo period – the official homepage even promises resourceful female warriors. As the title (‘Light and Shadow’) suggests, the drama is focused on the conflict of the good and the bad within people that makes living as a human so magnificent.

‘Hikari to Kage’ is based on the work of the late author Shotaro Ikenami. Each episode is an independent adaptation of one of his short stories, every episode having different actors. The lead actor in the first episode is Ainosuke Kataoka, a renowned kabuki actor, who has previously acted both in films (‘At River’s Edge’, ‘The Mother’) and drama (‘Keiji 7nin’). In the later episodes we meet a mixed range of actors and celebrities, such as Mitsuomi Takahashi and Toshio Kakei.