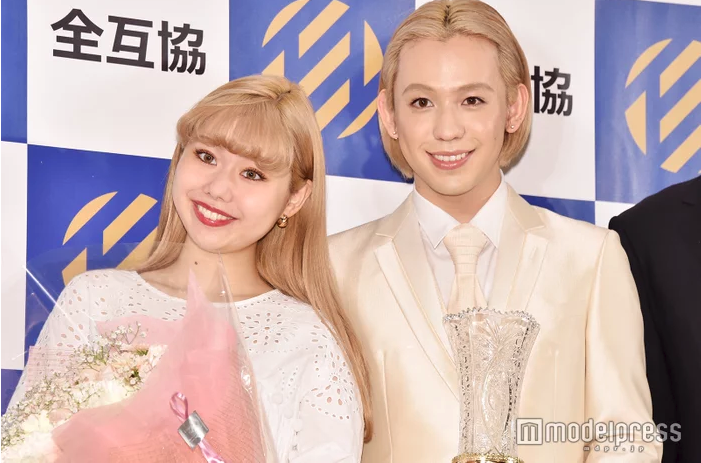 Talents Peco & Ryucheru were the winners of the very first Best Wedding Awards, which took place in Tokyo on May 1st.

The award was given to the colorful duo thanks to all the attention their ceremony garnered. Both Peco and Ryucheru also have a very large following of younger fans giving them very high influence with those crowds.

Seeing such a happy young couple celebrate and enjoy their wedding so much will definitely raise “awareness” of weddings in general among that crowd.

The two got married back in September 2017, and had the theme of “Retro American style”. They got married in a “traditional” wedding dress and tuxedo, before changing outfits twice to match the theme of the wedding. Photos can be seen here.

This award ceremony will also be one of the last major public appearances Peco will make, as she will soon be going on maternity leave.

When asked if they will bring their child into the entertainment world too and become an official trio act, Peco stated that she’d like to raise it normally. Peco is expected to give birth sometime in June or July.