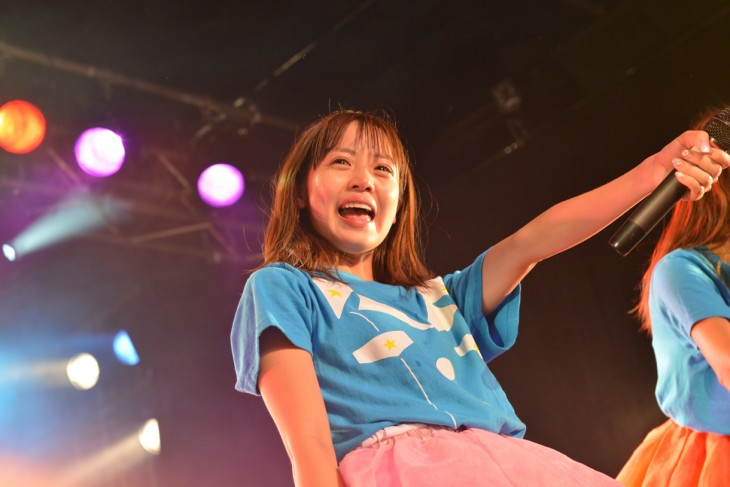 Okunaka started working as a crew member of PASSPO back in 2009. She debuted as an actress in 2012 as the female lead in the tokusatsu drama ‘Kamen Rider Wizard‘.

Okunaka took to the stage and revealed her impatience towards figuring out her future. She reveals this has been the biggest decision she has made in her life, and it was decided by herself alone. She is looking forward to the possibility of continuing a career as actress.

Check out her graduation video announcement:

Makoto Okunaka’s final performance with the PASSPO will be held at the Tokyo Dome City Hall on January 1st, 2015.