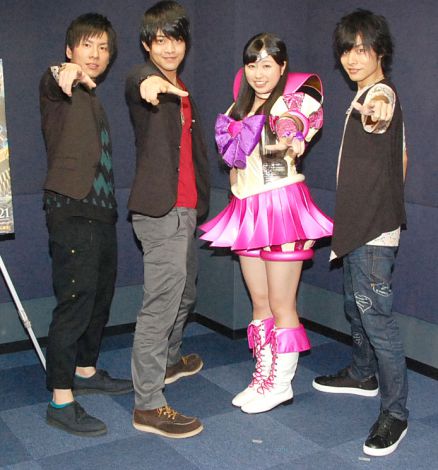 Sasaki is the voice actress of the goddess Athena in the movie. However, she showed up to the recording wearing her “MOON PRIDE” outfit from the group’s tie-in with anime “Bishoujo Senshi Sailor Moon Crystal”. When the fellow actors saw her they were surprised and asked, “What are you doing?” Sasaki just smiled and replied, “This outfit is for Sailor Moon, but it feels like it could be in Saint Seiya too.”

The role of Athena was Sasaki’s first role as a voice actress, “I had no idea what was right to do. Everything was done so fast.” She also showed thanks to her fellow members, “They all practiced with me. When I told them thanks, the director told me to think more about them, so that was kind of embarrassing.”

The Blu-ray and DVD of “Saint Seiya: LEGEND of SANCTUARY” will be released on December 5th. 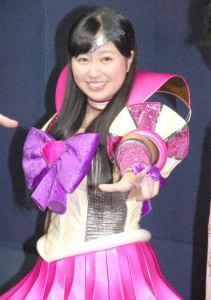 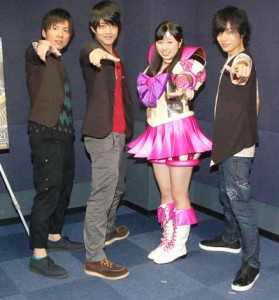 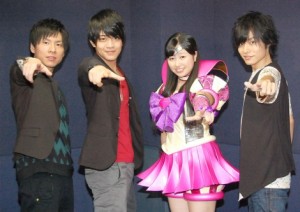