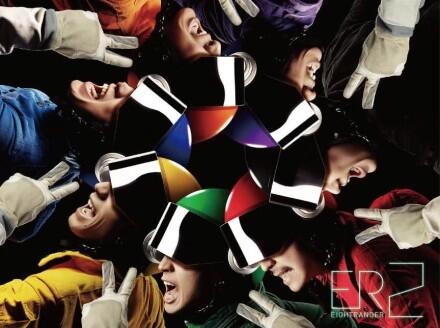 The J&A empire is digging its claws deeper in the movie industry.

So, what has J&A in store for the next half of the year and onwards? A comedic superhero sequel, a dangerous spy mission, a love affair between a teacher and his student, a singing extraordinaire with identity loss..and more!

Check out the compiled list below and take your pick! 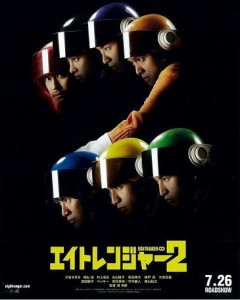 What: The second installment of Eight Rangers, the story takes place five years after the first movie. Eight Rangers again find themselves protecting the Eight City from new enemies. The production has promised that the film will be filled with more comedy but expect to have emotional scenes on the climax. 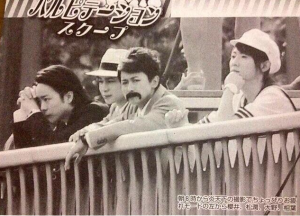 In the said movie, Shun (Aiba Masaki), Bon (Matsumoto Jun), Takuma (Ninomiya Kazunari), Haru (Satoshi Ohno), and Chu (Sakurai Sho), will again meet after 10 years due to a certain incident. The five of them will talk about their life during those 10 years that they were separated. V6‘s Inohara Yoshihiko also provided the movie’s draft with Kawahara Masahiko (Pika☆ nchi series, Hachimitsu to Clover) in script, and Kimura Hisashi (Kindaichi Shounen no jikenbo, ATARU) will direct the movie.

The movie will be screened exclusively at Tokyo Dome City Hall for four times a day starting on Aug 1st to 31st. 250,000 audiences are expected to be mobilized. 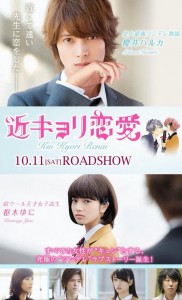 What: Live movie adapation of  the manga ‘Kinkyori Renai’ written by Mikimoto Rin, which sold 180 million copies that depicts the love story between a genius high school girl and a handsome tsundere teacher. Haruka (Yamapi) is a handsome, confident part-time English teacher who is loved by all his female students. One day, a certain incident leads to him inviting a young female student named Yuni (Komatsu) to his office after class. Eventually, the two begin a romantic relationship which they agree they must keep secret. 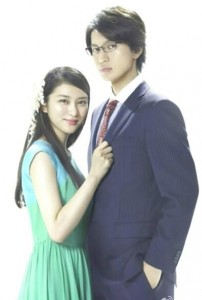 What: The movie is based on the homonym manga of Chiya Toriko that has an amount of 888 millions of copies in circulation since its first tankoubon published by the editorial Shueisha.

Suzuki Saya (Takei) is a secretary who can’t forget her first love, but she will have a new relationship with a tsundere Do-S boss with air of superiority named Tsuge Susumu (Ohkura).

What:  The film will depict the love of these four characters creating a miracle on Christmas night. The movie is based on a 2013 novel by Kou Nakamura (100 Kai Naku Koto) which was inspired by singer-songwriter Tatsuro Yamashita’s classic Japanese Christmas song, “Christmas Eve”.

Aiba will play Hikaru, a mildly incompetent bookstore employee who’s just a bit too nice for his own good. Hikaru is an aspiring manga artist, and distributes mysterious “Debikuro Communication” flyers at night. 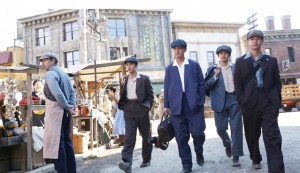 What: Story depicts the experiences of a team of Japanese immigrants who played on a team in Canada before World War II and finally got inducted into the Canadian Baseball Hall of Fame in 2003. 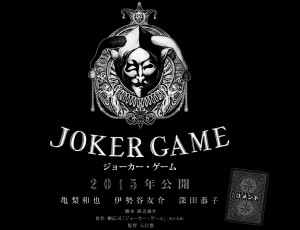 What: On the eve of World War II, an international Asian city becomes a hub of a high-stakes “spy game” as spies from countries such as Japan, the UK, the Soviet Union, and Germany in order to give their respective countries any possible advantage in world diplomacy.

Kato (Kamenashi) is about to receive a severe punishment for disobeying his superiors when he’s scouted by a man named Colonel Yuuki (Yusuke) to become a spy for the secret intelligence agency D Kikan. He endures rigorous training and is eventually given his first mission as a secret agent. Kato must infiltrate the multicultural city referred to “Devil’s Metropolis” in order to take a critical “black notebook” from U.S. Ambassador Graham.

Kato attempts to find the notebook along with a mysterious woman named Rin (Fukada). Meanwhile, D Kikan gets caught up in a fierce rivalry with a radical faction of the Imperial Japanese Army. 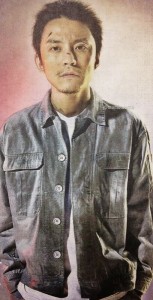 What: Story for music themed film MISONO UNIVERSE deals with a young man, who rushes the stage of a live performance and takes the mic. The young man’s singing impresses the band and the band’s manager, but, when they ask about his identity, they learn that the young man suffers from memory loss and he has no idea who he is.

**pls send a tip if there are other movies missed out