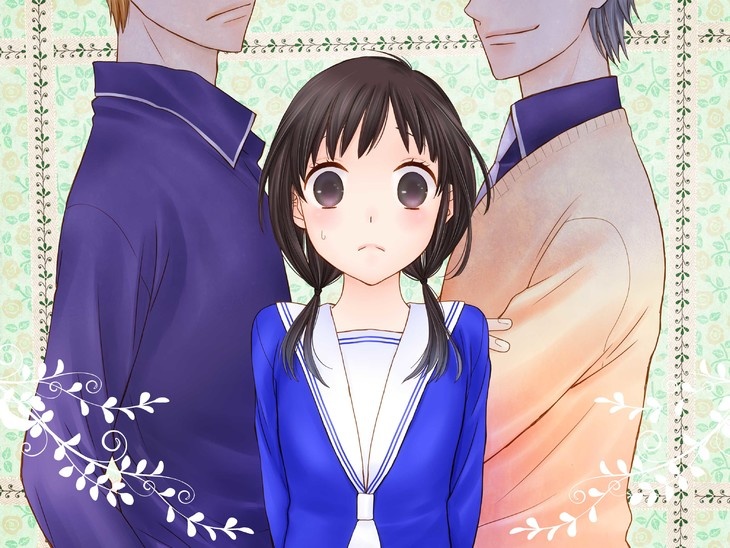 2016 has seen the “coming to terms” of several major shônen manga series, 2 of them being apart of the ‘shônen Holy trinity’, “Bleach” and “Naruto” (the last remaining ongoing one being “One Piece”). The very same phenomenon happened among shôjo manga a few years ago, where some of its major series ended, putting a term to the golden era of long-lasting and widely popular series, which has left some sort of a void within the industry.

A void that seems to be difficult to fill in since lately, many news announced the comeback of several of them in the form of sequels or a spin-off. So obviously, as a girl who grew through her teenagehood reading most of these series, I got pretty intrigued to see in what direction these ‘updates’ were heading to and what was motivating this wide-spread phenomenon.

Check them out below! 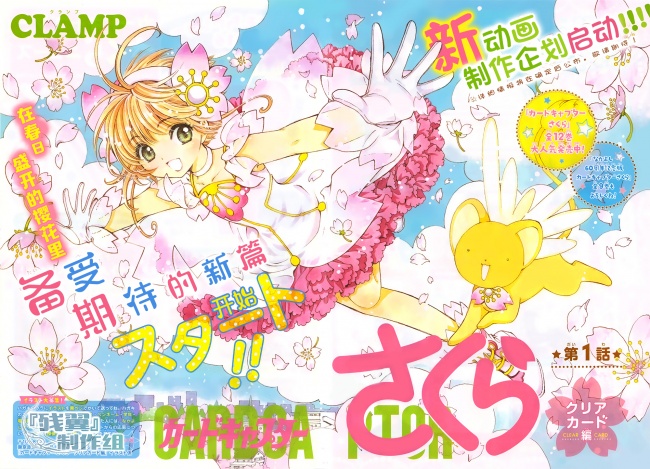 “CardCaptor Sakura Clean Card-den” follows Sakura when she’s about to enter middle school. Realizing the cards are slowing fading away and seem to be under some kind of curse, she’s getting a new power to seal previously unknown cards.
The manga has been published since December 2016 by Kodansha to celebrate the 20 years of the series. An anime adaptation is scheduled for Winter 2018.

To be honest, I was a bit disappointed when i heard the story was set only a few months after the first Sakura ending since it doesn’t give a lot of margin to significantly thicken the plot or introduce a whole range of new characters (I didn’t read the manga yet, but regarding the few comments about the first chapters, most characters of the original “CardCaptor Sakura” are still here). But regarding most readers comments about the first chapters, the story seems pretty solid, and providing the series doesn’t get too long (less than 10 volumes) it would be great way to celebrate the 20th anniversary of one of the most popular shôjo manga. 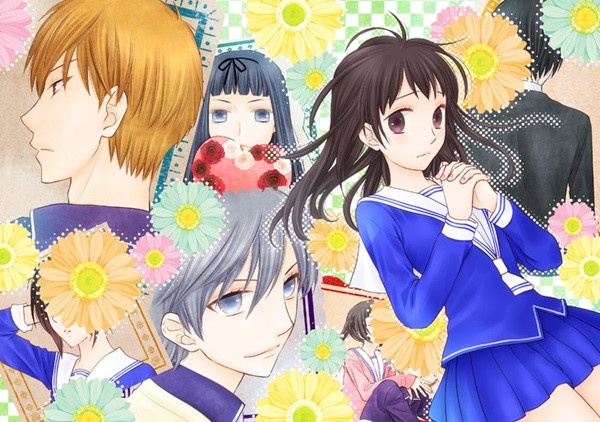 “Fruits Basket Another” story is set many years after the ending of “Fruits Basket”. Sawa, a young girl, is about to enter Kaibara highschool (the same “Fruits Basket” original characters, Tôru Honda, Kyô and Yuki Sôma attended ), where she meets Mutsuki, a handsome young boy…….who happens to be the son of Yuki Sôma and Machi.
Natsuki Takaya, which was beforehand already working on another shojo series, “Liselotte to Majo no Mori“, assured that the spin-off would only last 2 or 3 volumes.

The first things that came to my mind when Natsuki Takaya assured fans that the focus wouldn’t be on any of the original “Fruits Basket” characters, that’s why it’s called “Fruit Basket [something]”. Was the goal to make a whole different storyline and make a bunch of characters whose only common trait was to be the spawn of the former Sôma clan? Besides, the heroine, Sawa, who has nothing to do with the original “Fruits Basket” storyline (contrary to what her striking resemblance to Tôru Honda would imply).

Also I it find pretty ridiculous to see all these Sôma kids attending the same school at the same time as if all the girls called each other to pop up kids all together (exactly like “Naruto”/”Boruto”). And let’s no forget about the lazy character design copy paste : you don’t even have to guess who is the son/daughter of who since it’s SO obvious the characters are a blatant copy of their parents…

“Fruits Basket” had brilliantly succeeded in giving a satisfying ending to an intense and well written storyline, hence it definitely was the last shojo I would expect getting a sequel/spin-off, which, in my opinion, was absolutely not necessary and wouldn’t live up to the intensity of the original series last chapters. And it looks like I was right, since regarding the readers’ comment, most people seem to agree with my disappointment of what this spin-off is all about. The good side is that the manga is supposed to last only few more volumes –  the time for Natsuki Takaya to grab some inspiration back for her ongoing manga “Liselotte to Majo no Mori”, I guess – so this underwhelming waste wouldn’t last for too long… 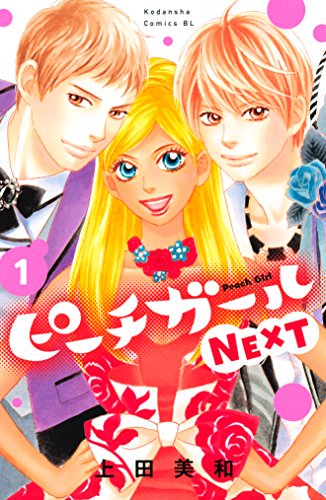 The story sets Momo Adachi and Kairi Okayasu as a couple 10 years later the original “Peach Girl” series. The 27 years old lovers are now preparing their marriage, but the reappearance of Momo’s nemesis Sae Kashiwagi and Kazuya Tôjigamori are going to complicate matters…

This is probably the sequel I’m the most looking forward to. The decision of setting the storyline 10 years later the ending of “Peach Girl” and depict the adult life of the characters now in their late 20s brings a whole new dimension to the manga which can actually leer at josei.

I really enjoyed reading “Peach Girl” mostly thanks to Momo’s bubbly yet strong & straightforward personality which pleasantly denoted from the usual cutesy submissive personality of usual shôjo heroines, and I’m eager to see how her infamous rivalry with Sae will continue, as well as her now threatened relationship with her fiancé. XOXO Gossip Girl material confirmed! 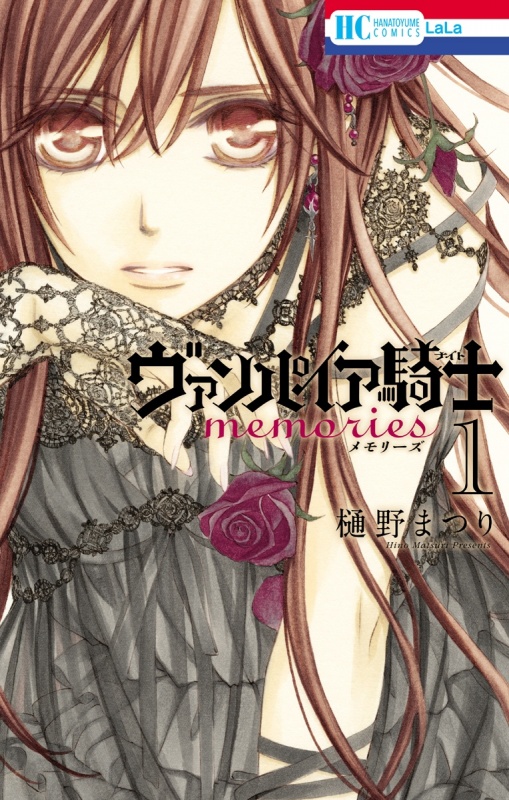 “Vampire Memories” is a collection of special chapters of “Vampire Knight” published in LalaDx since 2013. Moving back and forth through time, the story relates Yûki and Zero life as a couple (in the past) and the relationship of their children with Kaname (in the present).

Its publication on paperback is scheduled for August 2017.

I’m gonna be honest, “Vampire Knight” became such a mess that I wasn’t really surprised when I saw that there would be a sequel ; there isn’t much room left to make things worse, right? Matsuri Hino didn’t release anything relevant after “Vampire Knight” (which ended 4 years ago…), so since this is her most successful manga to this date, this is arguably understandable she’s milking it as long as she can~

It’s pretty hard to not think that sequels are mostly motivated by the lack of inspiration of their respective authors who can’t get past their former success by resting on their laurels. Very few of them actually convinced me about their real relevance or added value regarding the original work.

But at the same time, this sweet pinch of nostalgia seeing characters of mangas I used to avidly follow-up back on some new material is pretty enjoyable, especially when these new series are featuring original characters who have grown up like them.

I couldn’t tell if the industry of shôjo manga is in such a deadlock that even high-profile mangakas have to resort to such questionable strategies though, but I definitely think that this trend is inducing an interesting ‘shôjo to josei’ slide for shôjo authors interested in catering to a more mature audience who haven’t forgotten about their favourite manga during their teenage days.