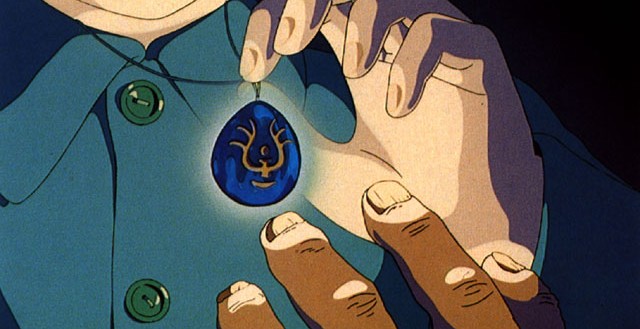 Nearly 30 years ago, Laputa: Castle in the Sky was released and there have been plenty replicas of the heroine Sheeta’s levistone pendant. In the Hayao Miyzaki’s animation, Sheeta was the character who knew the “spell of destruction” (don’t say it out loud but it’s “Valuse”) and fans have been saying it to their bootleg necklaces for years to no avail. The last time Laputa was played on television in 2011, Japanese fans on Twitter even managed to break the tweets per second record by tweeting “Valuse!” the same time she says it in the film.

But now, a modern iteration of the pendant actually reacts to your words! Clearly it won’t make your enemies go blind, raise large intherium crystals from the roots of the tree of life, or make the majority of your floating island fall into the ocean, but it glows on command. That’s just as cool!

Remember her spell that brought a robot back to life? Reciting that incantation will enter the necklace into a secret mode. But just a disclaimer, you shouldn’t try to free fall from 20,000 feet up in the air from an airship because it probably won’t save you.

You can get this necklace for around $24 USD at Donguri Kyowakoku or any Japanese Anime merchandise retailer. It comes out next week. 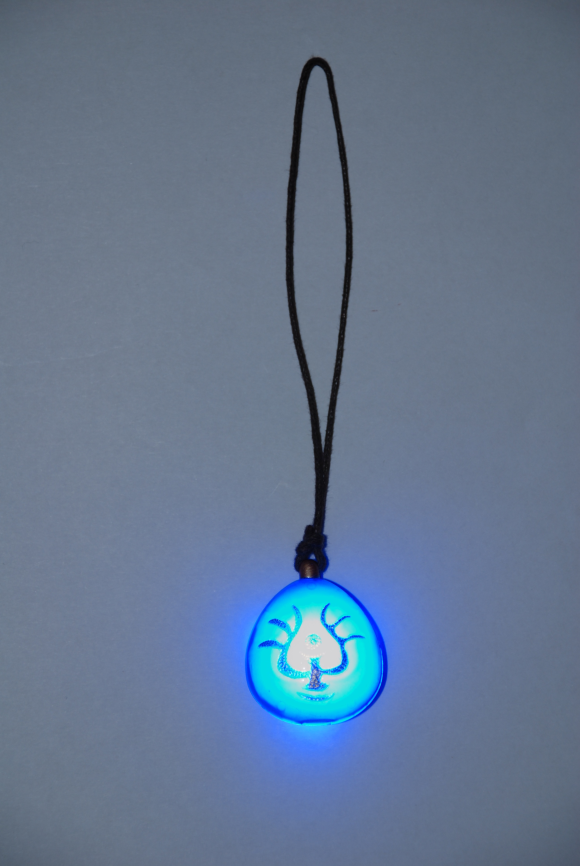