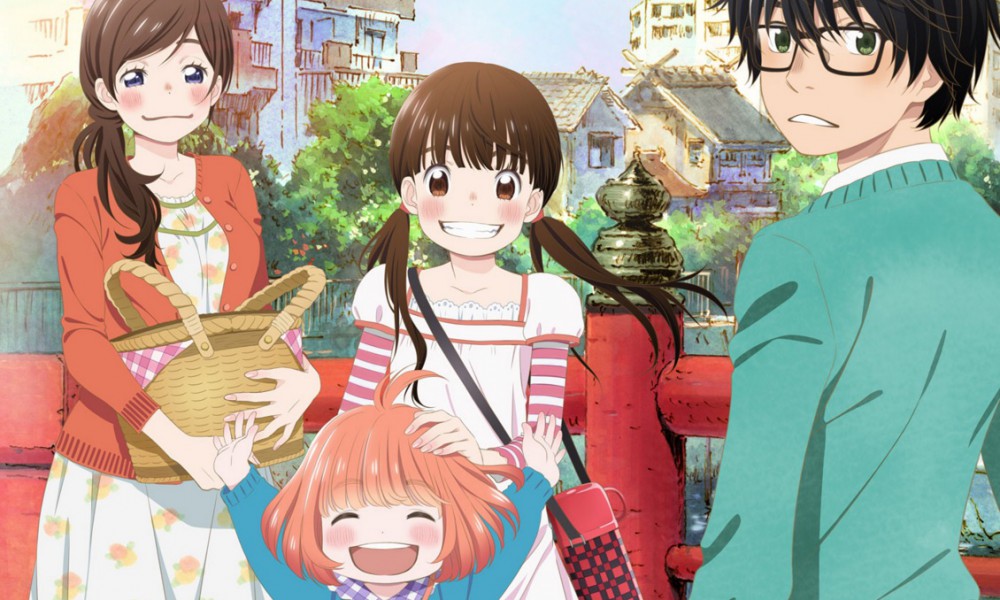 Chica Umino‘s coming-of-age shogi manga, March Comes in Like A Lion (JP: Sangatsu no Lion) is geting a TV anime adaptation animated by SHAFT, set for 22 episodes starting in October 2016. Most recently, it has been revealed that rock outfit Bump of Chicken will be providing both the ending and opening themes for the series. Both the band and the author have claimed to be fans of each other’s work in the past, with a history of a collaboration between them.

Previously, the two collaborated in 2014 for an animated music video of Bump of Chicken’s Fighter featuring the protagonist for March Comes in Like a Lion, Rei Kiriyama. In addition, Umino also drew the cover for the single, which was bundled with the 10th edition of the manga. She also drew a spin-off manga that was attached to the digital distribution of the single. The aforementioned Fighter will be the ending theme for the upcoming TV anime, while the detail for the opening is yet to be revealed.

Featured above is the revealed key visual. SHAFT will be animating the series, with direction from the acclaimed Akiyuki Simbo (Bakemonogatari, Puella Magi Madoka Magica).

March Comes in Like A Lion is an award-winning manga by author Chica Umino. It tells the life of a young, solitary pro shogi player named Rei Kiriyama and his growing relationship (and with it, self) with a family consisting of three sisters and their grandfather. It’s a coming-of-age drama with a hint of comedy, not unlike the author’s previous work, Honey and Clover. Currently, it is continuing it’s serialization in Hakusensha‘s Young Animal, which started in 2007.

Below you can see the gorgeous animated video for Fighter. Aside from a TV animation, March Comes in Like A Lion is also getting two live-action films starring Ryunosuke Kamiki as Rei.