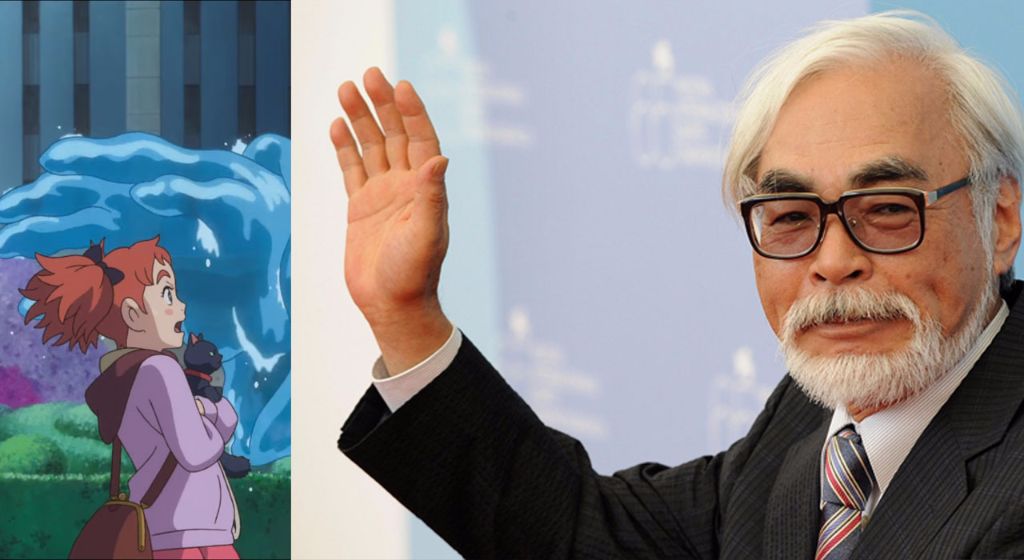 Studio Ghibli mastermind Hayao Miyazaki reportedly denied an invitation to a viewing for upcoming film “Mary and the Witch’s Flower” from director Hiromasa Yonebayashi, who rose to fame with past Ghibli productions “The Secret World of Arrietty” and “When Marnie Was There“.

Based on British author Mary Stewart’s novel “The Little Broomstick“, the main selling factor of “Mary” is that a portion of the staff working on the film previously worked for world-renowned anime production house Studio Ghibli as well.

“Mary” is the first film from newly formed Studio Ponoc founded by “Marnie” producer Yoshiaki Nishimura. Joining them are fellow Ghibli alumni composer Takatsugu Muramatsu and screenwriter Riko Sakaguchi. The studio has been working on their debut feature-length film for the past two and a half years.

According to CinemaToday, Yonebayashi revealed during a promotional event held last week that he had visited Studio Ghibli to show the completed film to his former coworkers, but Miyazaki refused to watch it.

Miyazaki, who is knees deep working on his (final) final film “Boro the Caterpillar“, was simply quoted as saying, “I won’t watch it.“

But the famed director wasn’t devoid of any compassion to his former coworker.

“You really put a lot of effort into the movie,” he told Yonebayashi, of whom Miyazaki had previously doubted for falling behind production schedule. “Good job.“

However, Ghibli producer Toshio Suzuki and Isao Takahata, director of Ghibli films “Grave of the Fireflies” and “The Tale of the Princess Kaguya“, did take Yonebayashi up on his gesture.

“So this is the sort of movie you can make when you’re not under the influence of working at Studio Ghibli,” Suzuki reportedly remarked.

Takahata apparently took a sarcastic approach, remarking based off his own success, “It left me with a good impression. But if I liked it, I wonder if the film’s success could be in danger…”

Upcoming film “Mary and the Witch’s Flower” will open in Japan on July 8 and features the theme song “RAIN” from rock band SEKAI NO OWARI.