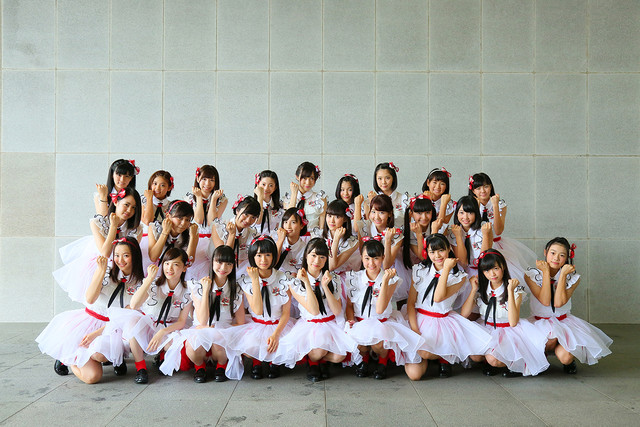 Back in January, it was announced that AKB48 would be adding another sister group to its family. That group would be named NGT48. The group is based in the city of Niigata. The NGT48 Theater will open on October 1. It is located on the 4th floor of the LoveLa Bandai 2 building.

Today, the 22 girls of NGT48 who were not known were revealed to the public at an event in Niigata. They arrived at the venue via boat. They then introduced themselves to the public and performed a mini-live.

Meet the members of NGT48 after the jump!