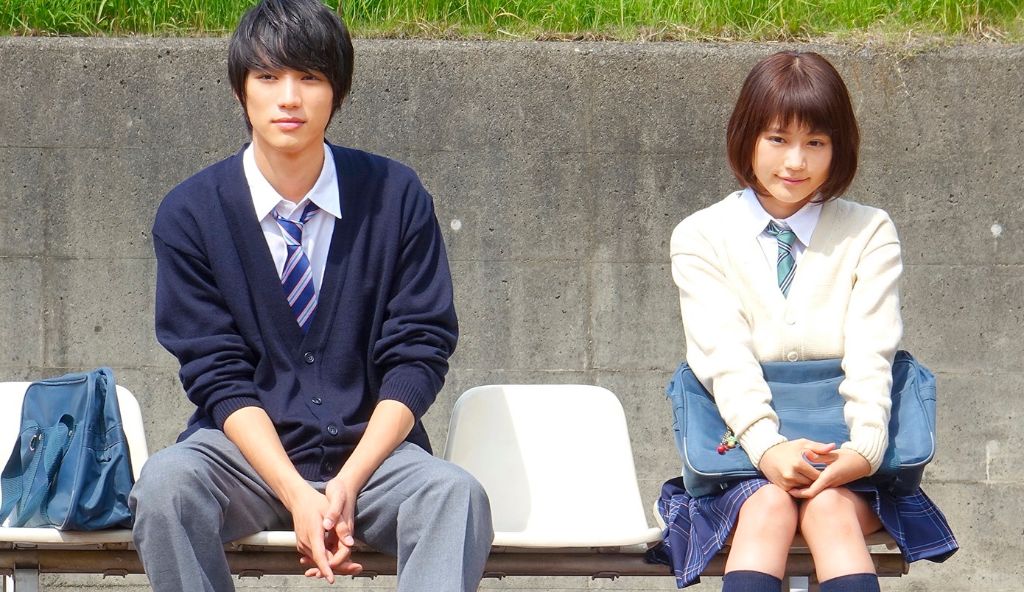 New trailers for the upcoming live-action film adaption of Sakisaka Io’s romance manga Strobe Edge are released. Aside from comparing the film’s scenes to memorable scenes in the original manga, the videos also feature the theme song “Ai Uta~since 2007~” orginally performed by GReeeeN and now covered by the new four-member unit whiteeeen.

Instead of singing the vocals on “Ai Uta” for the film, GReeeeN suggested that a female vocalist should sing the movie’s cover version instead. The group held auditions for the vocalist on their official account on the Line messaging service in October. At the beginning of November, the final candidates were narrowed down to 11 people, 4 people eventually made it as audition winners. Four girls in their teens were chosen to debut in the vocal unit “whiteeeen”, singing Ai Uta as theme song for the movie. The members are: meri (15), kana (15), hima (16) and noa (17).

The film stars Fukushi Sota and Arimura Kasumi and will open on March 14, 2015 (White Day). Check out the new trailers below and the preview to whiteeeen’s “Ai Uta”.

Ninako: I love you, Ren-kun.
Ren: But there’s someone I’m seeing.
Text: From the creator of Ao Haru Ride. The long-awaited film adaptation.
Ninako: I knew from the very beginning — he has a girlfriend.
Takumi: No matter how close you get, you and Ren will never get into a relationship. I’ll erase all your feelings for Ren for you.
Text: I must not fall in love any more.
Ninako: I get it!
Together: Strobe Edge
Ren: I won’t leave until you answer me.