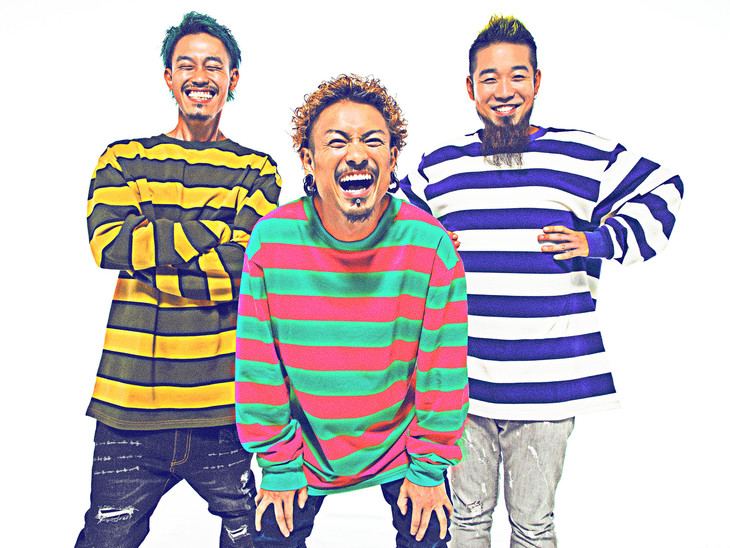 To conclude their fairly busy year, punk rockers WANIMA have announced that they will be releasing a new full-length album titled “COMINATCHA!!” on October 23rd. This record comes nearly two years after the release of their major debut album “Everybody!!” and will be released in two different versions, with the Limited Edition to come packaged with a DVD – the “1CHANCE DISK” – photo booklet, and a special red case.

“COMINATCHA!!” is set to include the group’s previously released tracks “Drive”, “Again”, “Nagisa no Utakata”, “Natsu no Dokoka e”, and “GONG”, a self-cover of “Koko ni”, which they provided to idol group Kanjani8, and nine new songs for a total of 15. In conjunction with this reveal, the trio have uploaded an album trailer which previews new tracks “JOY” and “Sha La La” to their YouTube channel.

Read on below to find both this trailer and the track list for “COMINATCHA!!”.