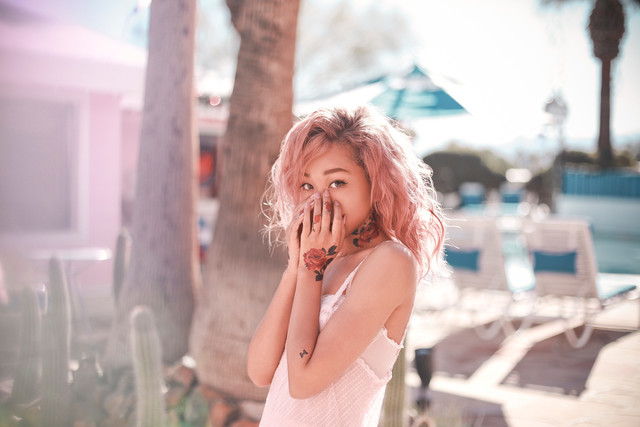 In preparation for her new album “PINK TEARS,” Thelma Aoyama has released a second teaser video. The album which is the female companion piece to the male-themed album “GREY SMOKE” is set to be released on April 27th.

In the new teaser a longer version of the instrumental track that appeared in the first can be heard as Thelma travels and poses throughout the United States. In addition to “PINK TEARS,” Thelma will be releasing a package that combines both “GRAY SMOKE” and “PINK TEARS”, titled “SMOKE & TEARS” as well as another best album, “LOVE! ~SPECIAL~” which will feature songs from 2 of her previous best albums, “LOVE! ~THELMA LOVE SONG COLLECTION~” and “LOVE! 2 -THELMA BEST COLLABORATIONS-.”

Check out the new video below!