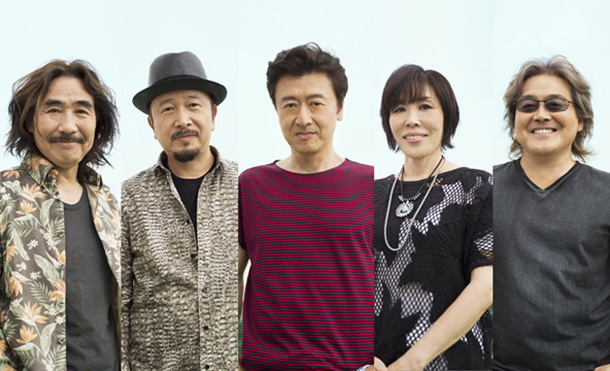 Popular rock band Southern All Stars have recently confirmed that their latest song is going to be picked up as the theme song for the upcoming TBS drama “Ryusei Wagon”.  The track, titled “Iya na Koto Darake no Yo no Naka de” (“In a World Full of Nasty Things”) has been described as a mid-tempo ballad and will be the first song from the band to be used as the theme to a drama in 11 years, since “Ai to Yokubou no Hibi” (“Days of Love and Desire”) was attached to the fourth season of the drama “Ooku” in 2004.

“Ryusei Wagon” is based on the best selling novel by Shigemasu Kiyoshi and will be directed by Fukuzawa Katsuo, famous for his work on “Hanzawa Naoki” and “LEADERS”.  The drama tells the story of Nagata Kazuo (Nishijima Hidetoshi), whose life is falling apart (laid off from his job, his wife wants a divorce, his son commits domestic violence, etc.) until a chance meeting with a wine-coloured wagon driven by people who Nagata believed had already passed away.  The wagon takes Nagata on a journey through his past and makes him realize exactly where things went wrong with his wife and son.

“Ryusei Wagon” will begin airing on Sunday nights at 9pm JST in January 2015, and while no release date has been announced for “Iya na Koto Darake no Yo no Naka de”, it has been confirmed that the song will be included on Southern All Stars’ upcoming full album, their first in almost 10 years.  You’ll find a brief (low quality) preview of the track right below the cut, so please enjoy!