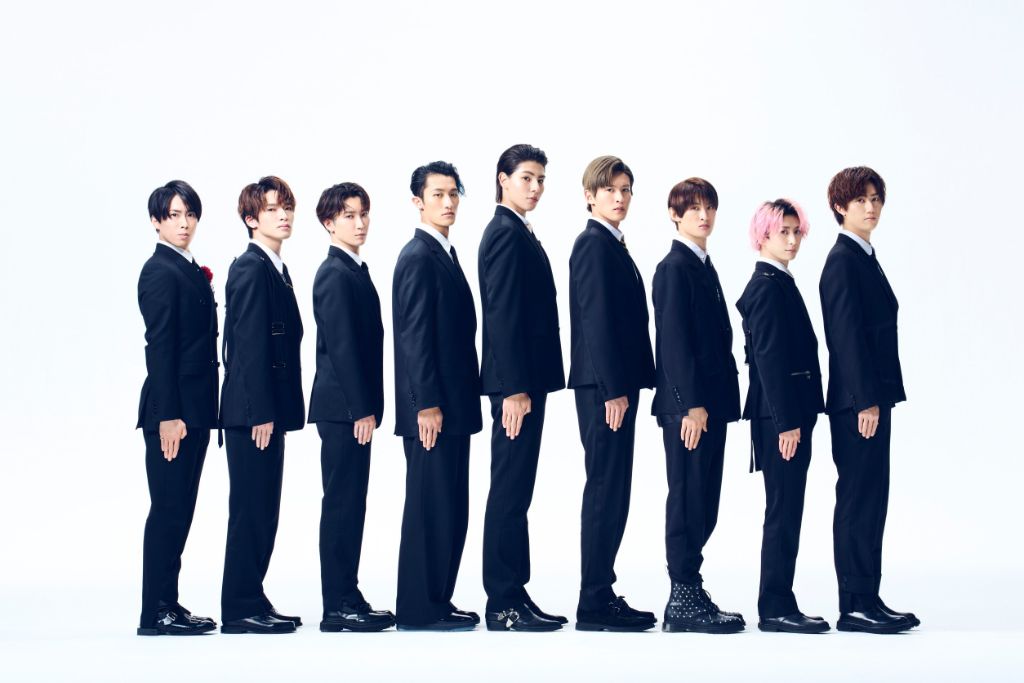 As previously reported, Snow Man is starring in the live action film version of the manga / anime series “Osomatsu-san”, which is set for release on March 25. The group’s sixth single, “Brother Beat”, will be out March 30 and will serve as the movie’s theme song.

“Brother Beat” sees Snow Man tackling a new sound for them, a party song with a rock sound. The song also captures each of the nine members’ individual personalities. More information on Snow Man’s new single can be seen after the jump!

In related news, two Snow Man members will be starring in two other movies in the coming months. Hikaru Iwamoto will have his first leading man role in the live action version of the Tamashima Non manga “Moekare wa Orange-iro.” In the film, out July 8, Hikaru plays the role of Kyosuke Ebihara, a firefighter who falls in love with high school student Moe Sasaki, played by Meru Nukumi.

Ren Meguro will star alongside Oizumi Yo, Kasumi Arimura, and Kou Shibasaki in “Tsuki no Michikake”, out next winter. The film is based on Sato Shogo‘s novel of the same name. Yo plays Kei Osanai, a man who lost his wife and daughter at the same time in an accident. Kasumi plays Ruri Masaki, a mysterious woman with the same name as Kei’s daughter. Kou plays Ken’s wife, Kozue. Ren plays Akihiko Misumi, a 20 year old university student who falls in love with Ruri. The role also sees Ren later play the 39 year old version of his character.