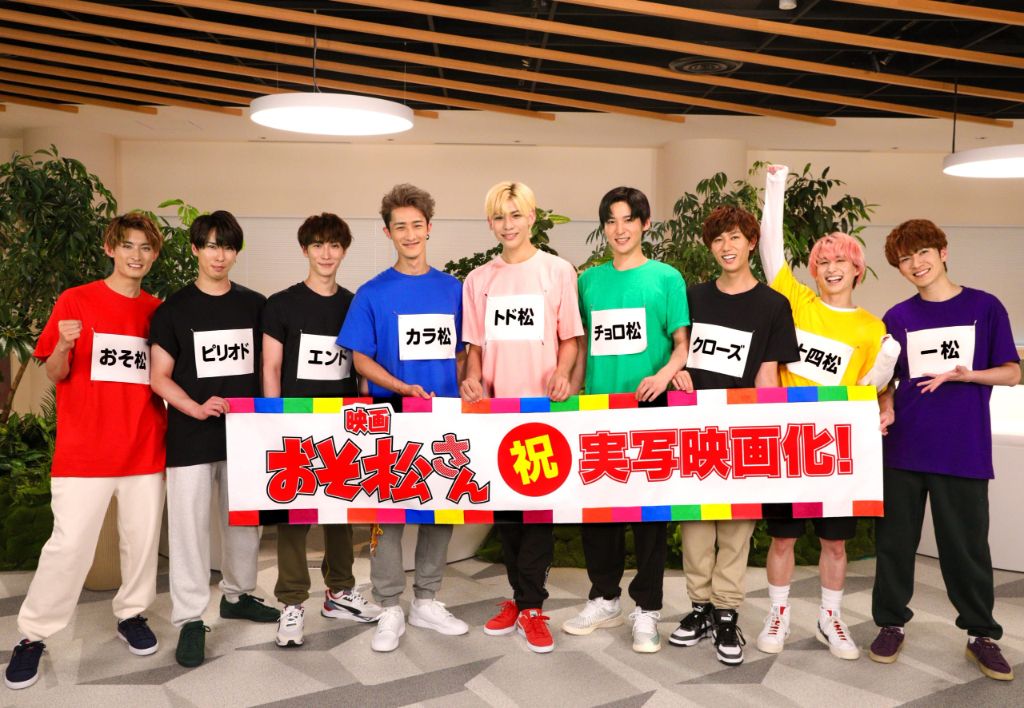 It has been announced that Snow Man will star in the live action film version of the manga / anime series “Osomatsu-san”, which is set for release next spring. It tells the story of the Matsuno brothers, a set of identical sextuplets who are NEETs.

Osomatsu will be played by Mukai Koji, Karamatsu by Iwamoto Hikaru, Choromatsu by Meguro Ren, Ichimatsu by Fukazawa Tatsuya, Jyushimatsu by Sakuma Daisuke, Todomatsu by Raul. Given that there are six Matsuno brothers and nine members of Snow Man, three new characters were created for the film. These characters are End, Close, and Period, played by Watanabe Shota, Abe Ryohei, and Miyadate Ryota, respectively.

Snow Man released a new video on their YouTube channel in tandem with the news. Check it out below!