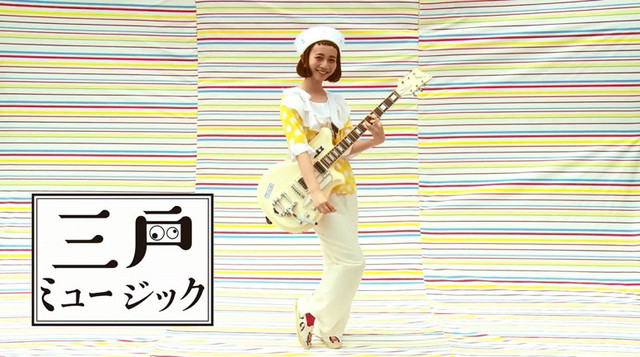 On August 5, Natsume Mito will release her new single, “Watashi wo Fes ni Tsuretette.” Like her debut single “Maegami Kirisugita”, this too was written and produced by Yasutaka Nakata. The song is an upbeat one that is meant to pump crowds up, seeing as how she’ll be performing at a number of festivals this summer.

Today, Natsume released the short music video for the song. The video was directed by Kanda Kyokuri, who also directed the “hakusai version” music video for “Maegami Kirisugita.” The male and female characters from that music video can be found in this new video as well. This clip features Natsume appearing on a game show with them. Check it out after the jump!