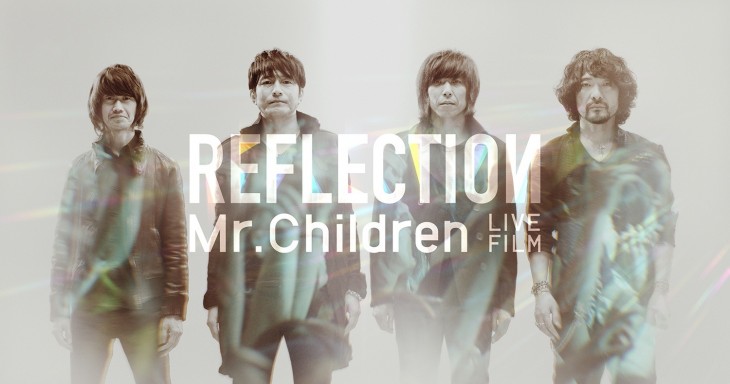 As we reported previously, veteran pop-rock band Mr.Children announced that they would be releasing their second documentary film in theaters starting on February 7th of this year.  Now, the band have finally chosen to reveal some of the details regarding their upcoming 18th studio album.

The new album will be titled “REFLECTION” and is set to be released on (Thursday) June 4th, coinciding with the final date of the Arena Tour which Mr.Children will be embarking on in March.  In regards to the strange choice of release date, the band commented that they wished to break up their usual routine of putting out the album prior to their tour and instead allow the live shows to build anticipation for the album’s release.

While no information about the release’s track list or version skew have been released yet, don’t fret; we’ll be posting about those as soon as they become availiable.  In the meanwhile, feel free to take a look at the schedule for Mr.Children’s “Mr.Children TOUR 2015 REFLECTION” right after the cut.