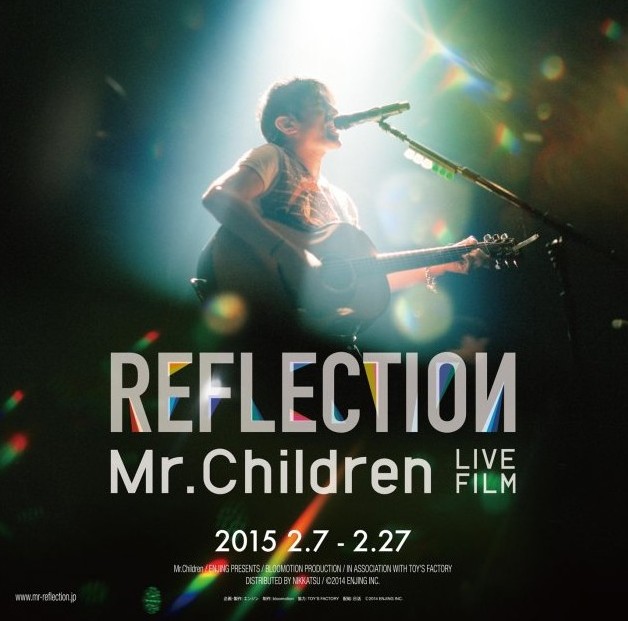 Yesterday rock band Mr.Children revealed that they’re in the process of producing a documentary film titled “Mr.Children REFLECTION”, which is set to open in Japanese theaters (in 4K resolution) on February 7th of next year.  The film will focus on the limited series of fan club lives that the band carried out in September and October in honor of the club’s 21st anniversary.

This tour differed from the more typical live outings that Mr.Children go on in that the vast majority of the songs performed were unreleased and had never been played for anyone outside of the recording studio prior to these shows.  The band was eager to share these songs with their most devoted fans, and are now just as eager to share seven of these unreleased tracks with the rest of Japan.

To coincide with this announcement, the band has also uploaded a trailer for the documentary to their official Youtube channel, which you’ll find right after the cut.