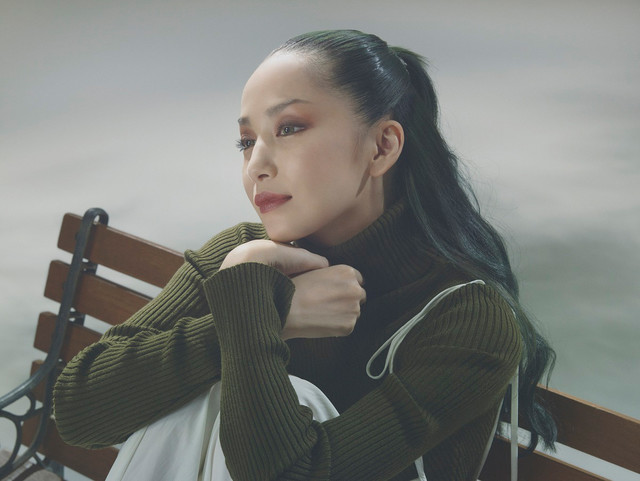 On November 2, Mika Nakashima will release her new single, “Forget Me Not.” The song serves as the theme song for the movie “Boku no Tsuma to Kekkon Shite Kudasai”, which opens in Japanese theaters on November 5. The ballad is described by Mika as warm, yet sad. It can be heard in the trailer for the movie.

The single’s B-side is a new version of “Birukaze Swimming School”, Mika’s collaboration with SALU from earlier this year. The song serve as the image song for the mobile game “Tsuioku no Ao”, which is out this month. The song is also the new CM song for LINE MUSIC. Mika believes that “Birukaze Swimming School” shows listeners a new side of herself.

Two characters based off of Mika will appear in “Tsuioku no Ao” for a limited time. “Gigant Mika Zombie” is a giant zombie modeled after her, while “Kiseki no Utahime Mika Nakashima” is modeled after the glamorous image Mika usually presents.

In related news, Mika will release her autobiography, “Amanojaku” on October 5. The book will chronicle her life, including her childhood and her battle with patulous Eustachian tubes in both her ears, an ailment which has affected her career. The 200 page book will also include photos and illustrations. “Amanojaku” will include a CD featuring many of Mika’s signature songs, along with a new song titled “Alone.”

“Forget Me Not” Limited Edition

DVD
1. Forget Me Not MUSIC VIDEO

“Forget Me Not” Regular Edition