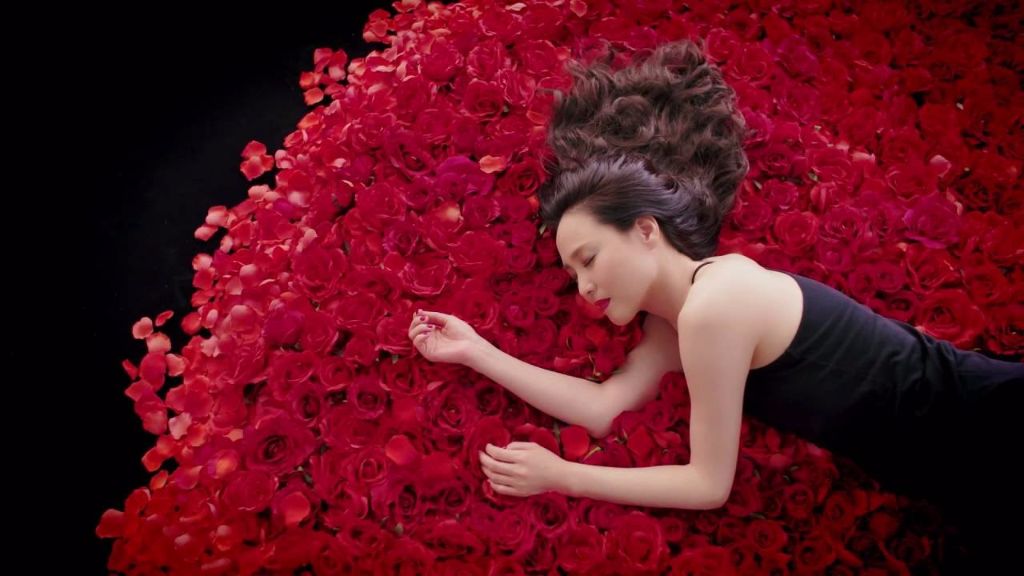 Two of the most legendary names of Japanese music have come together for “Bara no youni Saite, Sakura no youni Chitte” (Bloom like a rose, fall like sakura).

Written, composed and arranged by X JAPAN’s leader YOSHIKI, Matsuda Seiko’s heartfelt ballad acts as the theme song of the TBS Summer 2016 drama “Seiseisuru hodo, Aishiteru.” This song marks Matsuda’s first drama theme song for TBS in 20 years since “Sayonara no Shunkan,” which was the theme song for “Dear Woman“.

In the video, Matsuda seems to defy all signs of aging as she lays in a bed of red roses. Who else but the “eternal idol“?

According to “Seiseisuru hodo, Aishiteru” producer Iyoda Hidenori, Matsuda was picked specially to sing the theme song to convey the drama’s theme of a delicate and daring romance. YOSHIKI himself praised Matsuda for breathing life into his song.

“Bara no youni Saite, Sakura no youni Chitte” will be released on September 21.

(Via RealSound—Thanks to an anonymous fan for the tip!)