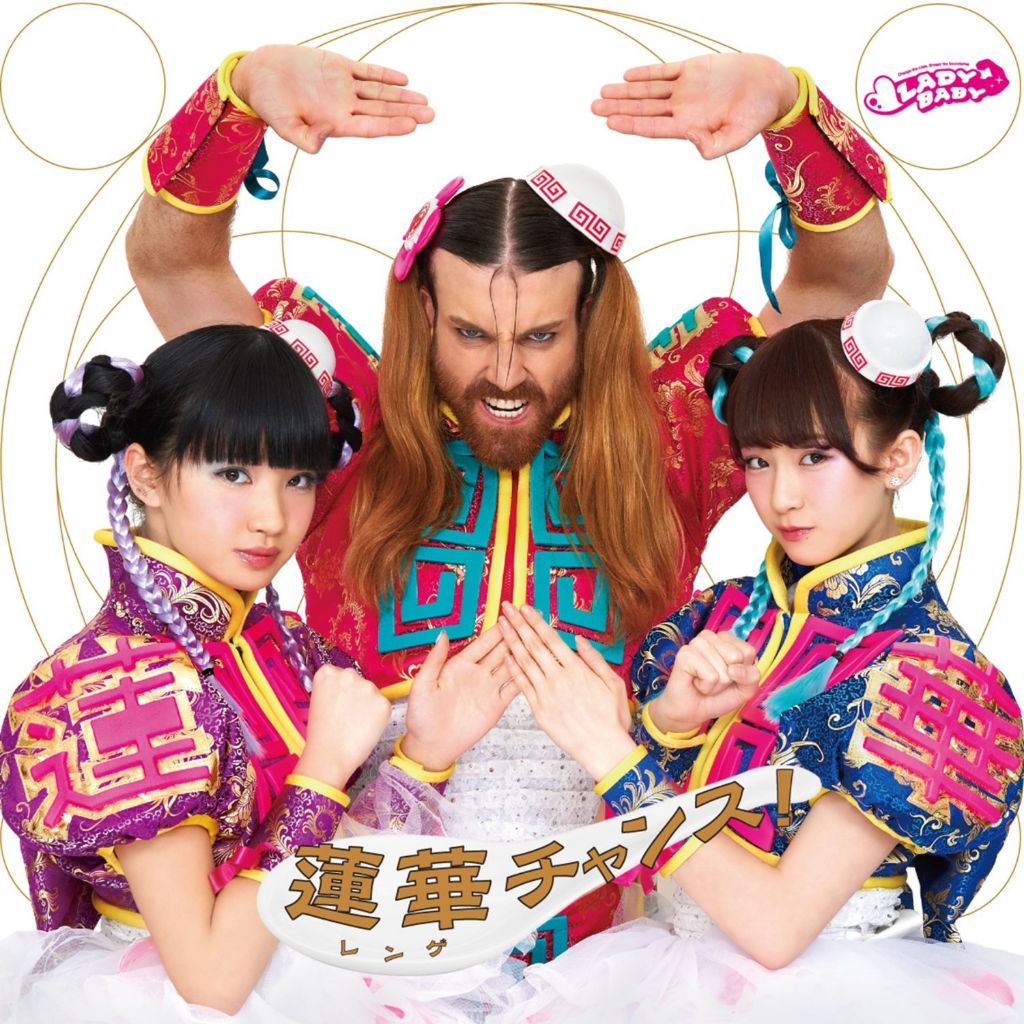 LADYBABY, the idol/metal outfit known for having Ladybeard (the crossdressing persona of Australian pro wrestler Rick Magarey) as a member, will release their 3rd single “Renge Chance／C’est si bon Kibun” on April 13. Just yesterday, the group released two music videos for the single. Needless to say, the music videos are still as intense as ever.

“Renge Chance” features lyrics from veteran rock musician Kenji Ohtsuki and is described as “History’s beginning, Japan’s development, and the birth of Rametal!” in the official video description—for those of you who are wandering, Rametal is a portmanteau for ramen x metal. In the video, members of LADYBABY indulge in some extreme ramen-making as well as dancing in front of a ramen montage.

The other song of the single, “C’est si bon Kibun” talks about the attentiveness and hospitality of Japan’s convenience store. The music video then of course, shows the three member working as the staff of a convenience store. Musically speaking, “Renge Chance” and “C’est si bon Kibun” still dabbles on the happy sound found in LADYBABY’s previous singles, of course with a healthy dose of Ladybeard’s growling.

Check out both music videos after the jump!