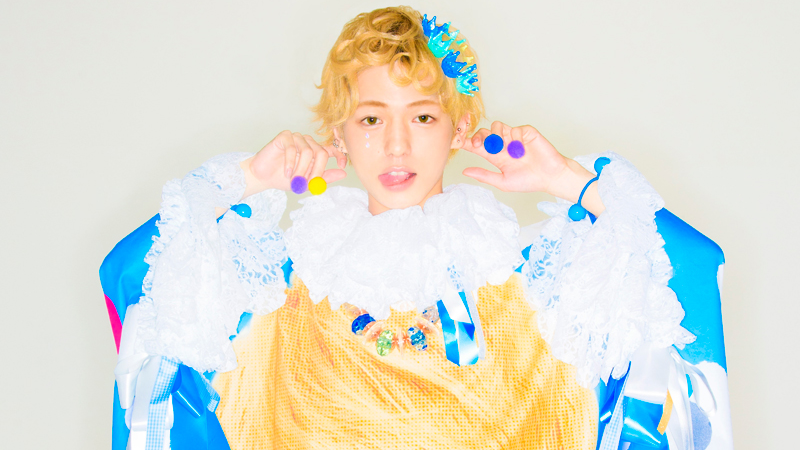 Last month, Harajuku male model Kondo Yohdi released his debut single, “30th CENTURY BOY.” During a release event for that single, he revealed that he had been picked up by major label Avex. It was announced that he would be making his major label debut on August 12 with the single “Gurugurun Sekai.” On July 12, he debuted the song during a performance at “modelpress presents Entertainment Girl Live 2015.” During his performance, he wore a costume by Shinohara Tomoe. She designed outfits featuring his selfies that he would be able to dance in. Those costumes now feature on the covers for his new single.

Today, Yohdi released the music video for “Gurugurun Sekai.” In the clip for the upbeat song, Yohdi can be seen dancing and acting cute while trying to catch the attention of a young lady he’s interested in. Check it out after the jump along with the single’s covers and tracklist!