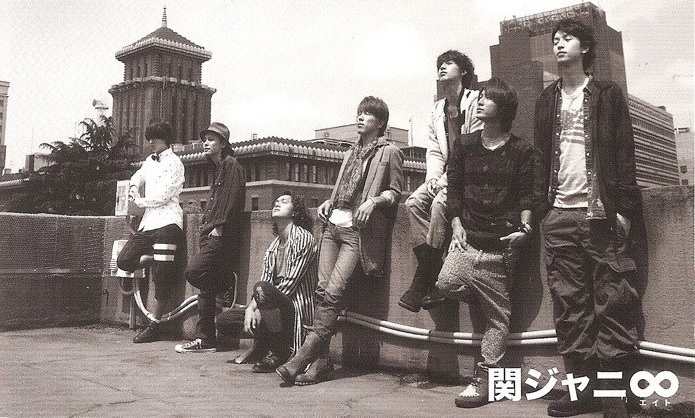 Last month, Kanjani∞ announced the establishment of their own record label Infinity Records and planned new releases. For their first single under the label, they are treating fans to 2 band songs. The new double A-side single Itta Janai ka! (You Said!)/ CloveR will drop on October 15. Previews of both songs were aired from their radio show.

Itta Janai Ka! (You Said!) on the other hand, has lyrics provided by scriptwriter Kudo Kankuro and music composed by Mineta Kazunobu (Ginnan BOYZ). Created with melodies evoking a mixture of sadness and nostalgia, the song will serve as theme song to high school comedy drama “Gomen ne Seishun!” starring Nishikido Ryo. Itta Janai Ka! takes on the familiar Kanjani8 flavor, which is also apparent through the lyrics:

if you say the truth i’m beating you up

A new album, Kanjanism and another single are planned for release before the year ends.

LIMITED A
1. Ittajanaika
2. CloveR
[DVD]
Ittajanaika PV and Making Of