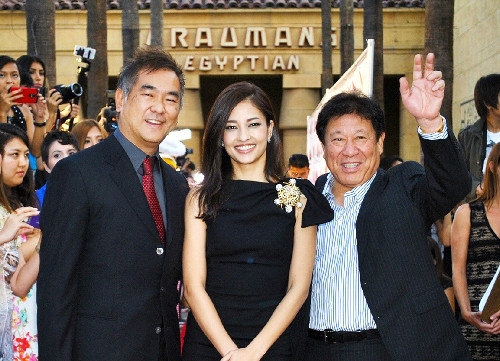 Meisa Kuroki went to Los Angeles to attend the “LA EigaFest” on September 12th. Kuroki was at the event to promote her movie ‘Lupin III’, which was the opening movie screened at the festival.

Before the screening Kuroki made a bold statement, “I came here to steal the hearts of the Los Angeles viewers!” After the credits, the 600 audience members who were able to see the movie all applauded, validating the cast and crew’s promise that it would be a great film.

Kuroki commented, “It’s easy to see why the response was so great. The Hollywood audience has great taste, so I think this just solidifies that we’re going to have a great response to this film”.

Currently it is undecided whether or not there will be a North American release of the film, but with the praise the movie has received it would be surprising if they didn’t advance with it.