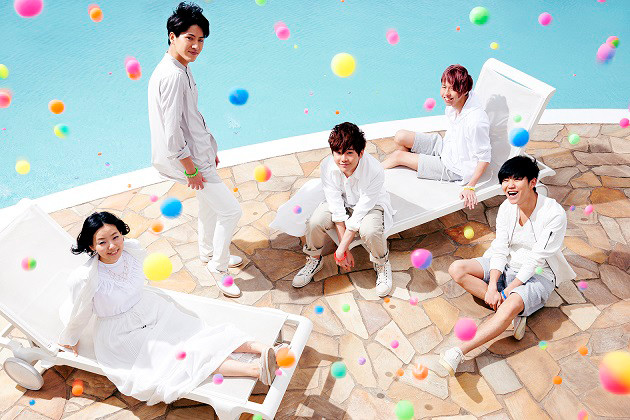 Mrs. GREEN APPLE, who went major just last year, is set to release their second single titled Samama Festival! (サママ・フェスティバル!) on June 15. To promote the single, the band has released a short version of the titular track’s PV via the official Youtube channel of their label, Universal Music Japan. The short video lived up to the title, as the band played in a swimming pool, along with shots of children playing around with water guns and making shaved ice. Check out the band’s loud and cheery summer anthem after the jump!